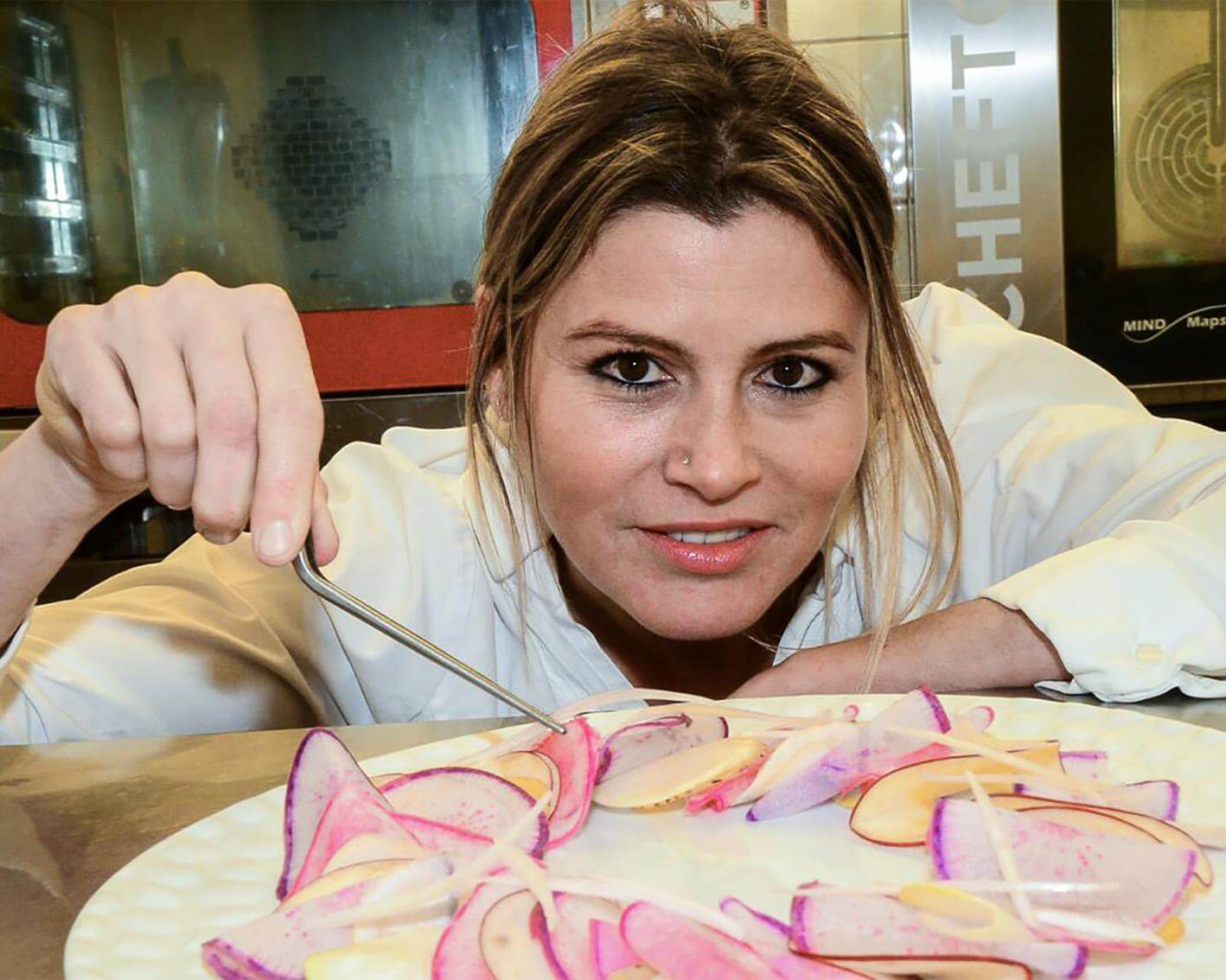 No butter, no steak, no lobster? No problem? Claire Vallee of ONA has become the first chef in the 121 year history of the Michelin guide to earn a star with an entirely plant based menu in France.

The menus of France’s fine dining establishment have changed over the years, but some ingredients are seemingly ever present.

However, in a small town near the South Western city of Bordeaux, something unprecedented has happened.

For the first time since Michelin started publishing its annual guide in 1900, the organisation bestowed a star to a restaurant that doesn’t use a single animal product on its menu.

It’s undeniable. As a movement, Veganism is growing all across the West, and the same can be said for France with reports claiming the Vegan market grew 24% last year.

But if you take a step back and look at the bigger picture, this is really a tiny drop of oatmilk in the bucket of cream.

Vegetarians make up anywhere from 2% to 5% of the French population, depending on the reports, but Veganism is considerably less than that.

These figures won’t shock any Vegan who has travelled through France, as options for plant-friendly tourists are relatively limited throughout the country- even more so when they are looking to eat out at restaurants.

However, Veganism isn’t just rare in France - it’s been actively petitioned against in the halls of power.

In 2018, a group representing the butchers federation of France, wrote to the government requesting protection from the ‘militant vegans’ who were “threatening the country’s meat eating traditions”.

As the largest agricultural power in Europe, and one of the biggest exporters of meat and dairy products - it doesn’t require a great deal of imagination to wonder why Veganism scares some people in the industry.

So in the face of all this opposition, eyebrows were raised even higher when  ONA, or Origine Non Animale, was included in the 2021 Michelin Guide.

Can You Dig It?

“I was overcome with emotion”, said Claire Vallee, head chef and owner of ONA, “this star is evidence that French gastronomy is becoming more inclusive. That plant based dishes belong there too”

Since opening in 2016, Vallee has worked tirelessly with her team to put Vegan food on the map, and with a tasting menu of mouth watering dishes, people have started to take note.

Plates like yellow zucchini ravioli with black truffle gnocchi, and swiss chard ballotine with vegetable ricotta have become stalwarts on the menu.

However, fine dining was not always the first choice for ONA’s talented proprietor, as Vallee’s previous profession was actually as an archaeologist.

Following a change of heart she switched lanes, embarking upon this journey (remarkably) without undergoing any formal training. She is entirely self taught.

Now, while there are undoubtedly plenty of dinosaurs left in the world of French haute cuisine against the idea of her venture entirely, Vallee’s fresh take on vegan food and unconventional approach has clearly attracted a lot of praise.

The plaudits that come with a Michelin star often fall on one person, but Vallee was quick to thank the team around her, who not unlike her first profession, spent a lot of time uncovering precious items from the earth:"The team that I work with are really proud … it's also for them and the local producers and the vegetable farmers we work with."

While the world of fine dining is slow moving at the best of times, baby steps towards inclusivity are being made around the world. The Michelin guide may just be the tip of the iceberg, but ONA’s inclusion can only be a good thing for chefs who want to see food in all its forms, given a fair shake from the establishment.

November 17, 2022
·
4 mins
Other Articles
The Best Winter Plants You Can Eat
Ingredients
·
3 mins
How to Make Chocolate Truffles at Home
Ideas For Home
·
2 mins
Homemade Gifts for Foodies
Ideas For Home
·
3 mins
Israeli Seasonal Cooking
Course Specific
·
2 mins
Kare-kare: The Philippine curry with a confused past
Course Specific
·
3 mins
Stay Connected
Thank you! Your submission has been received!
Oops! Something went wrong while submitting the form.
ABOUT US
About UsArticles
PROGRAMS
All ProgramsTeach on RassaRefer FriendsSuggest Program
SUPPORT
For BusinessesContact UsTerms of ServicePrivacy
Copyright © 2022 Rassa Technologies Limited