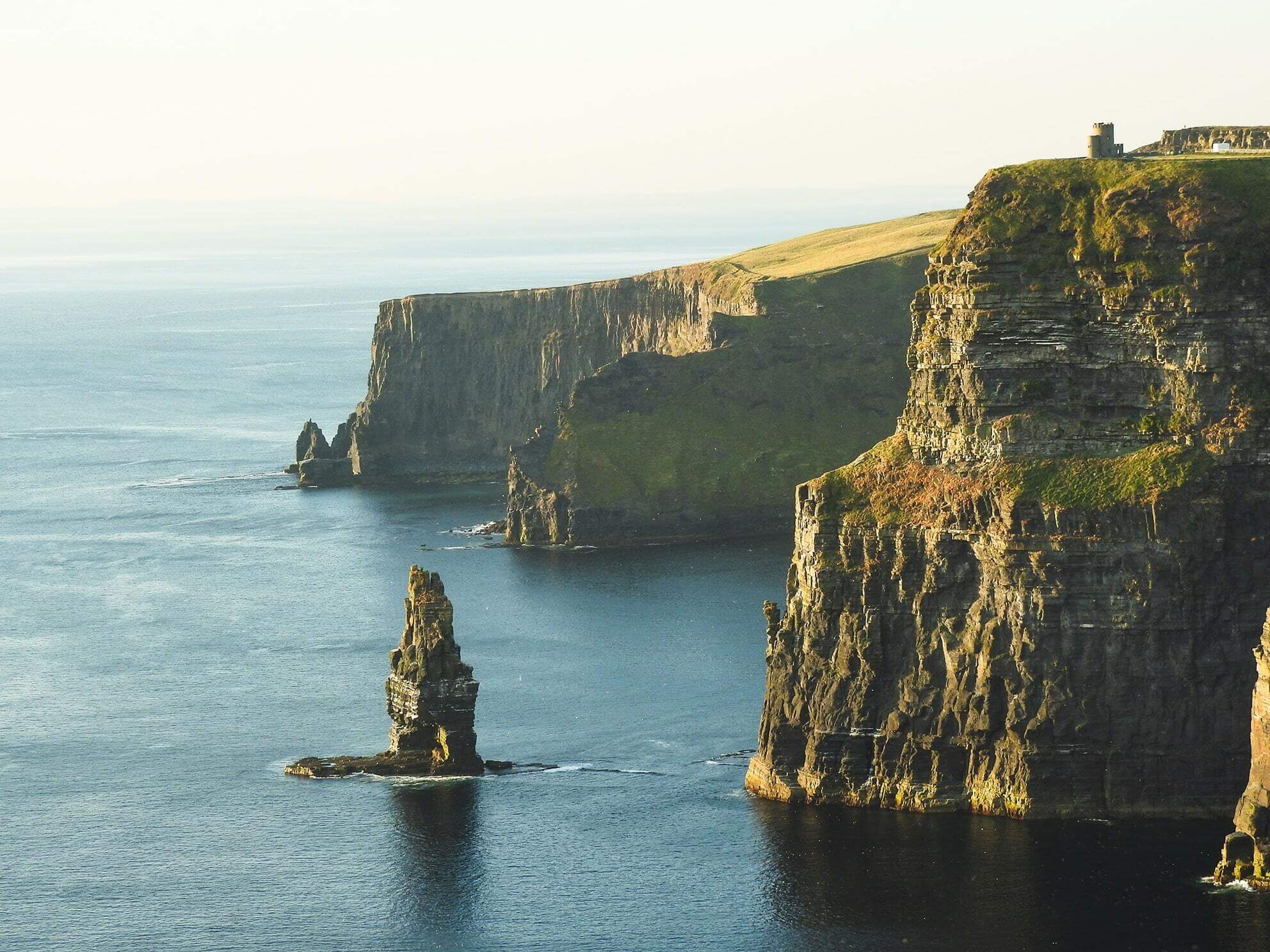 For an island nation with a wealth of diverse fish just off its shores, Ireland's relationship with seafood has often been choppy but now it's seeing a seafood renaissance.

For an island nation with a wealth of diverse fish just off its shores, Ireland's relationship with seafood is often portrayed as choppy.

The story goes, that given the Catholic church prohibits the eating of meat on Fridays, the devout population of Ireland needed to fill the meatless space on their dinner plate.

Friday dinners became synonymous with fish, and fish then became associated with religious duty. This Catholic guilt supposedly turned fish into something that had to be eaten, rather than a delicacy to be enjoyed - in short - a chore.

The juries still out as to how true this is, and there's certainly more to fish in Ireland than just religion.

Long before modern quarrels over fishing rights, Ireland's bountiful waters were a source of contention for years.

During British colonial rule, the Irish fishing industry served the Empire - meaning a lot of the fish was packed up and transported away from Irish soil. There was little modern infrastructure for fishing on the West coast of Ireland, with a much greater focus on Dairy farming and small hold potato crops.

But once Ireland gained independence in the early 20th century many Irish families still turned their nose up at fish, only really consuming it alongside chips on a Friday evening.

This fish, for all intents and purposes, was cod.

Cod, with its inoffensive flavour and odour was commonplace, and over the course of the 20th century Ireland began exporting much of its other seafood abroad. This became so extreme towards the end of the century that some started to refer to Ireland's airports as their major seafood ports!

Beautiful species like the Irish black bass were commonly sold to the mediterranean market under the name 'Mero', because there simply wasn't the demand on the Emerald Isle.

However, over the last 30 years Ireland has undergone a seafood renaissance!

Chefs are championing the delicious varieties of local fish available to them and initiatives are popping up across the country.

One such organisation is Sustainable Seafood Ireland founded by Niall Sabongi in 2013. The organisation are looking to turn back the clock on Ireland's seafood industry - reaffirming sustainable line catching, while boosting the popularity of fish across the country.

August 10, 2022
·
3.5 mins
Other Articles
Some Like It Hot: Why Do We Like Spicy Food?
Food Cultures
·
4.5 mins
Plant Powered Peoples: Discover The Vegan Cultures That Predate Veganism
Food Cultures
·
4 mins
Growing With The Grain: The Story Of Rice In Chinese Food Culture
Food Cultures
·
3 mins
From Ancient Apothecaries to Modern Food: A Journey Through History
Food Cultures
·
3 mins
Homemade Gifts for Foodies
Ideas For Home
·
3 mins
Stay Connected
Thank you! Your submission has been received!
Oops! Something went wrong while submitting the form.
ABOUT US
About UsArticles
PROGRAMS
All ProgramsTeach on RassaRefer FriendsSuggest Program
SUPPORT
For BusinessesContact UsTerms of ServicePrivacy
Copyright © 2022 Rassa Technologies Limited