The Rise of Artisan Food Brands 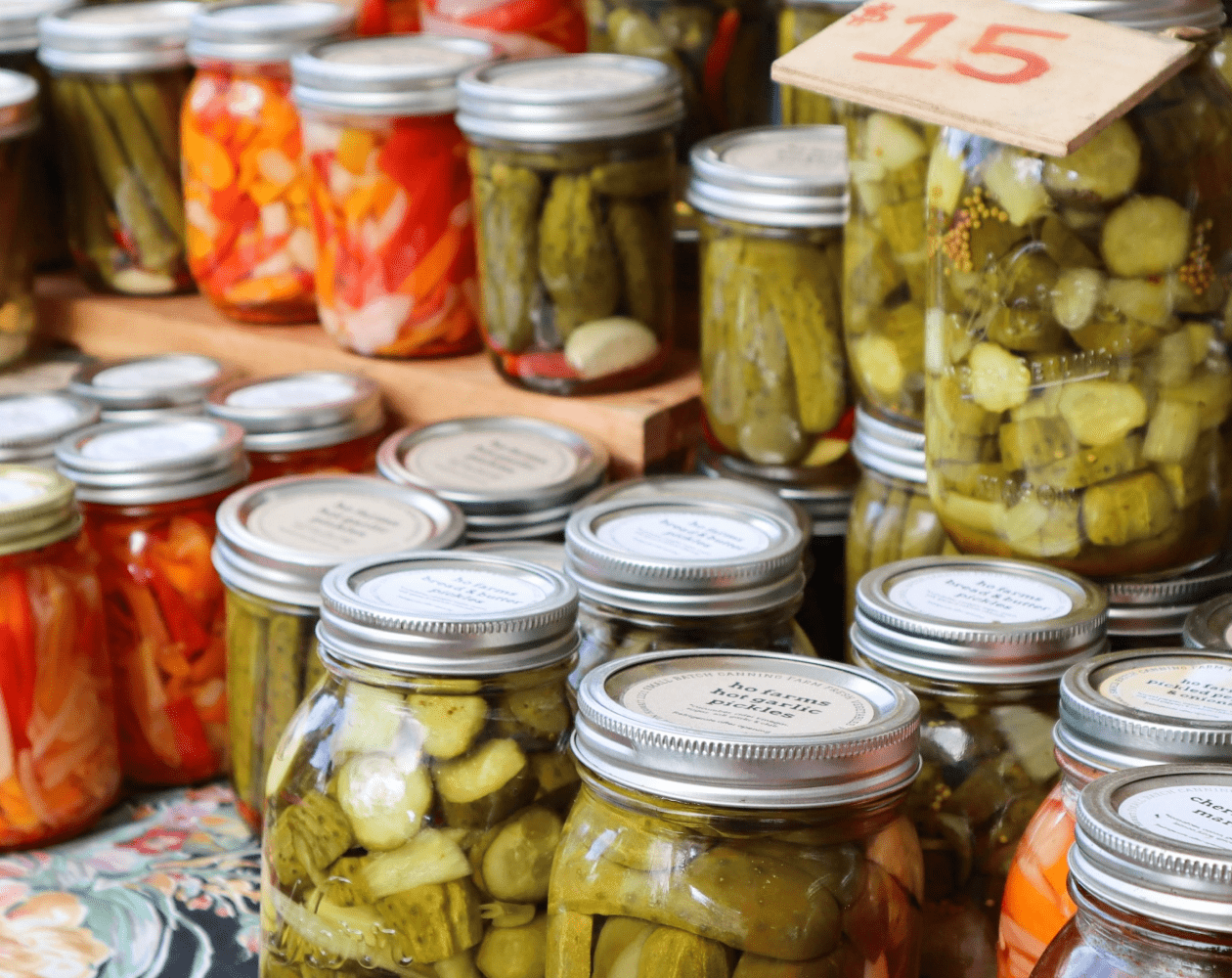 The craft beer movement really took off during The Great Recession (2008) where the levels of unemployment created a wave of entrepreneurs who started their own businesses out of necessity - creating an income for themselves. But there was also an industry for these emerging artisan brands to swoop in and mop up demand for growing niches which were being ignored by the large breweries - experimenting with new and more natural flavors, sustainably sourced produce and advertising to new overlooked markets. This movement has since grown into other industries including fashion and food. Over the years, we’ve seen a rise in emerging artisan food brands bringing artisanal products to the market focusing on healthier alternatives, sustainable sourcing and a more authentic feel to how they operate. Let’s have a look at some of these new brands which have cracked their way into the food market.

Bringing flavors to a new market

There are new artisan food brands on the market who are taking classic recipes and opening them up to new demographics. One example of this is The Artful Baker, a brand which has taken biscotti (the iconic Italian coffee time biscuit) and adapted it to British tastes by introducing savory flavors positioning themselves as an alternative to cheese crackers. Others have cracked into new markets by appealing to diaspora communities who might either be missing ‘a taste of home’ or wanting to connect with their heritage, before expanding to other demographics. We saw this with seaweed snacks where the trend towards healthier snacks meant there was an opportunity to bring seaweed to the American market. These snacks were common in Japanese and Korean cuisines but hit the US market big around 2011 after making it into mainstream supermarkets.

Wonky fruit which are misshapen or might have been crushed during harvest are typically rejected by the shops and end up as food waste. But there are a wave of new food and drinks brands who are using these misfits for condiments and preserves or to naturally flavour their products - take the flavored sparkling water brand DASH for example, who use wonky fruit and vegetables to flavor the drinks. Brewer’s Crackers is another example of an artisan food brand which has managed to build a business out of up-cycled food waste. The idea struck when they saw the waste in the beer industry. In the brewing process grains are steeped in water, the mixture is then strained keeping the liquid to make beer and the used grains were then going to waste which the founders saw as an opportunity to turn into crackers and savoury pita chips.

Many consumers (particularly the younger demographic) associate the big food conglomerates with highly processed and preserved foods which is why they’re getting ditched for new and emerging artisan food brands which are tackling our eating habits. This new wave of food brands have their sites on creating better-for-you snacks and desserts. Livia’s for example, produces brownies and cookies but with a focus on plant-based ingredients as opposed to the former industry bad boys - emulsifiers, stabilizers, gums, artificial preservatives and additives. Another factor responsible for a large tide of new brands is using healthier alternatives to refined sugar whilst maintaining a sweet, indulgent taste. Fruits are a popular natural sweetener popping up whether in the form of dates in energy bars and cookies or the use of apple and other fruit purees in cakes (may we remind you of the army of banana bread bakers in lockdown).

A new wave of entrepreneurs are bringing their personal stories and cultural heritage to their brands. Some are doing this by promoting heritage ingredients to new markets - for example, the demand for Mexican native ingredients like blue maize has skyrocketed over the past few years. This is largely driven by the snack industry and the consumer trend towards more natural products which go back to their roots. We are also seeing a shift in what it means to be “authentic”, no longer do people believe that for a recipe or food product to be authentic it needs to be created in the same way it has always been through the generations. Food entrepreneurs are recognizing that rather than clinging onto tradition, they can put their own individual interpretation to the product, evolving with the times whilst recognizing its food history. New fusion foods are spearheading this with traditional ingredients getting a modern makeover - the super grain sorghum existed for centuries in the Eastern world but has found itself in emerging brands either as a grain in healthier popcorn-alternative snacks or turned into a dark syrup for sweetening American-style flapjacks and cookies.

The appetite for responsible and ethical food brands is only growing with particular attention on sustainable sourcing and staff wages. Tony’s chocolate is a food brand which has taken over the confectionary industry with its 100% “slave-free” chocolate, addressing industry issues with illegal child labor and modern slavery on cocoa farms in West Africa. Pact Coffee is another one tackling the supply chain but within the coffee industry, reducing the number of middle parties between the farmer and consumer giving farmers more ethical pay for their work.

Legacy food brands are no longer cutting it for younger consumers who are voting with their money with creative new food brands only growing in demand. It’s an exciting time for food entrepreneurs as we all look to source better-for-you snacks, more intriguing flavors and want to make sure we’re not buying into unsustainable and unethical food production. If you have an idea for a new food brand but aren’t sure how to launch and scale, check out the Rassa business program to get your idea off the ground.

Discover our Food Track
All our programs are designed to help develop and master creative skills you're passionate about. Our food track has been built to help people like you turn turn their culinary abilities into a living by giving you the resources and tools you need to learn how to open restaurants, design and launch recipe books and host dinner parties around the world. Want to learn more?
Food Programs
Want more like this?
This article is part of our
Business Track
.
Launching later this year, every program featured in the track is designed to help you develop and master creative skills you're passionate about, and turn hobbies into side hustles and creative businesses that work around you. Want to learn more? Pre-subscribe to the track below, and get relevant articles and priority access to the programs when we launch them.
Thank you! Your submission has been received!
Oops! Something went wrong while submitting the form.
Read More...
See all posts 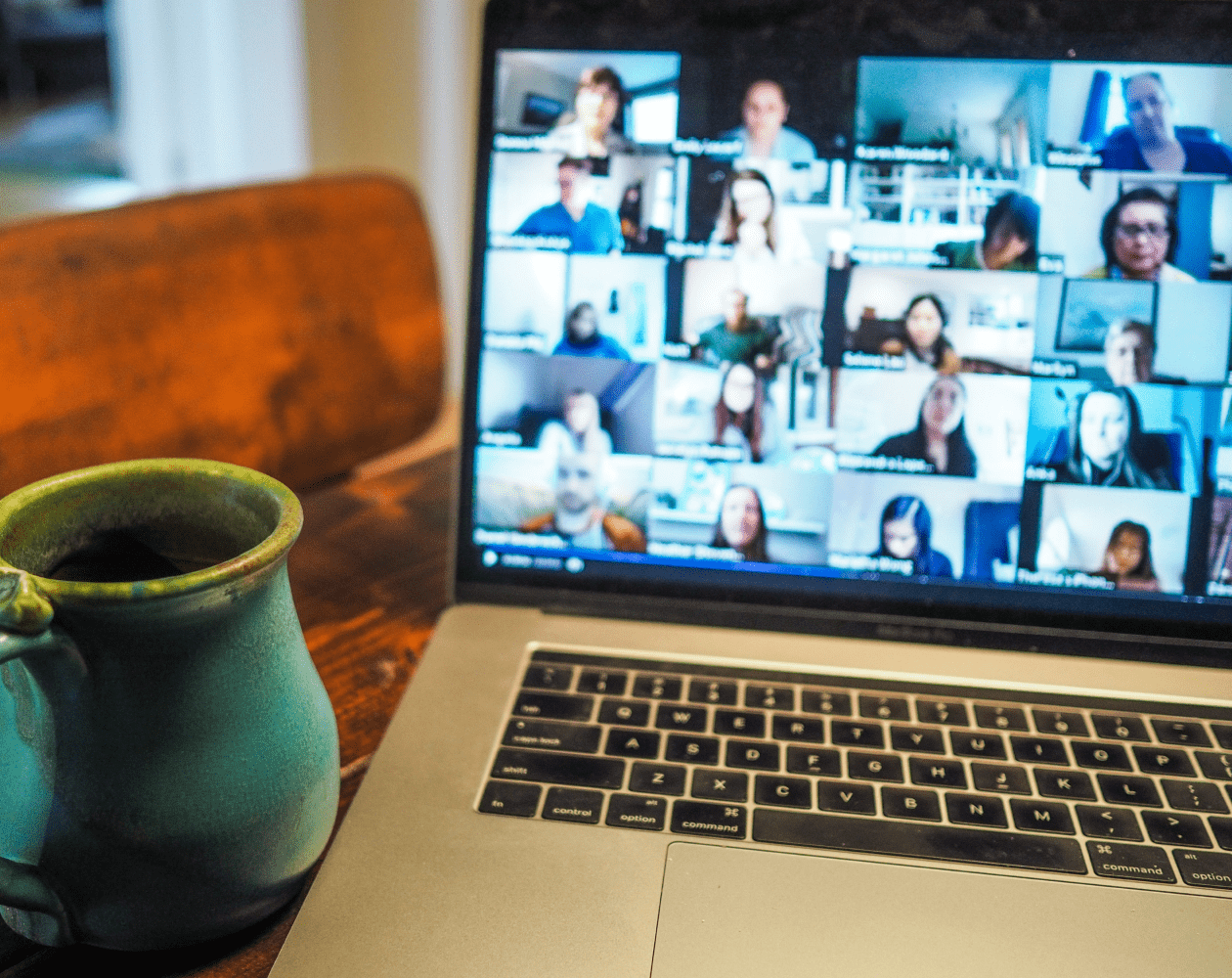 The Future of Online Learning 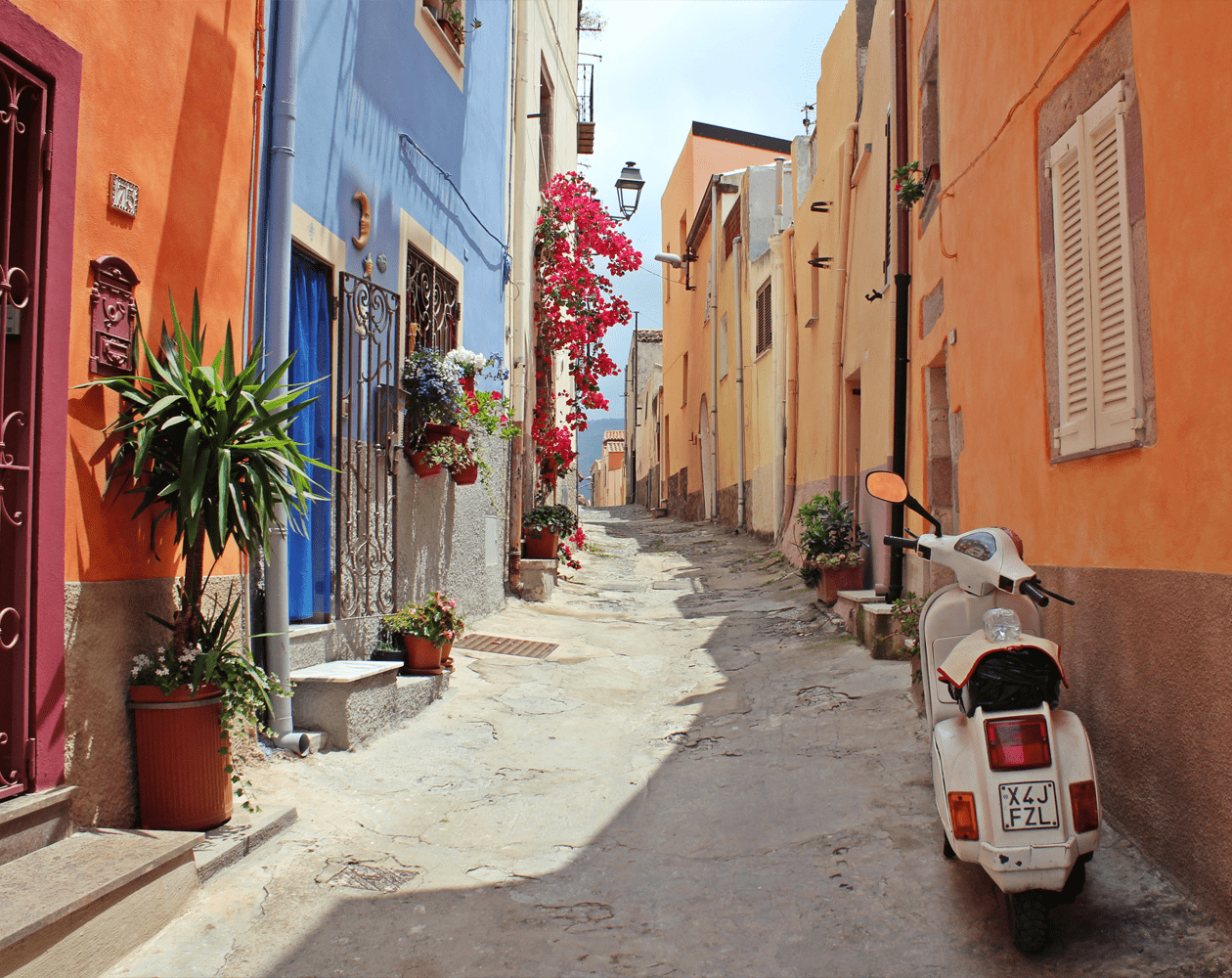 On a career break or sabbatical? 10 things to do with time off work 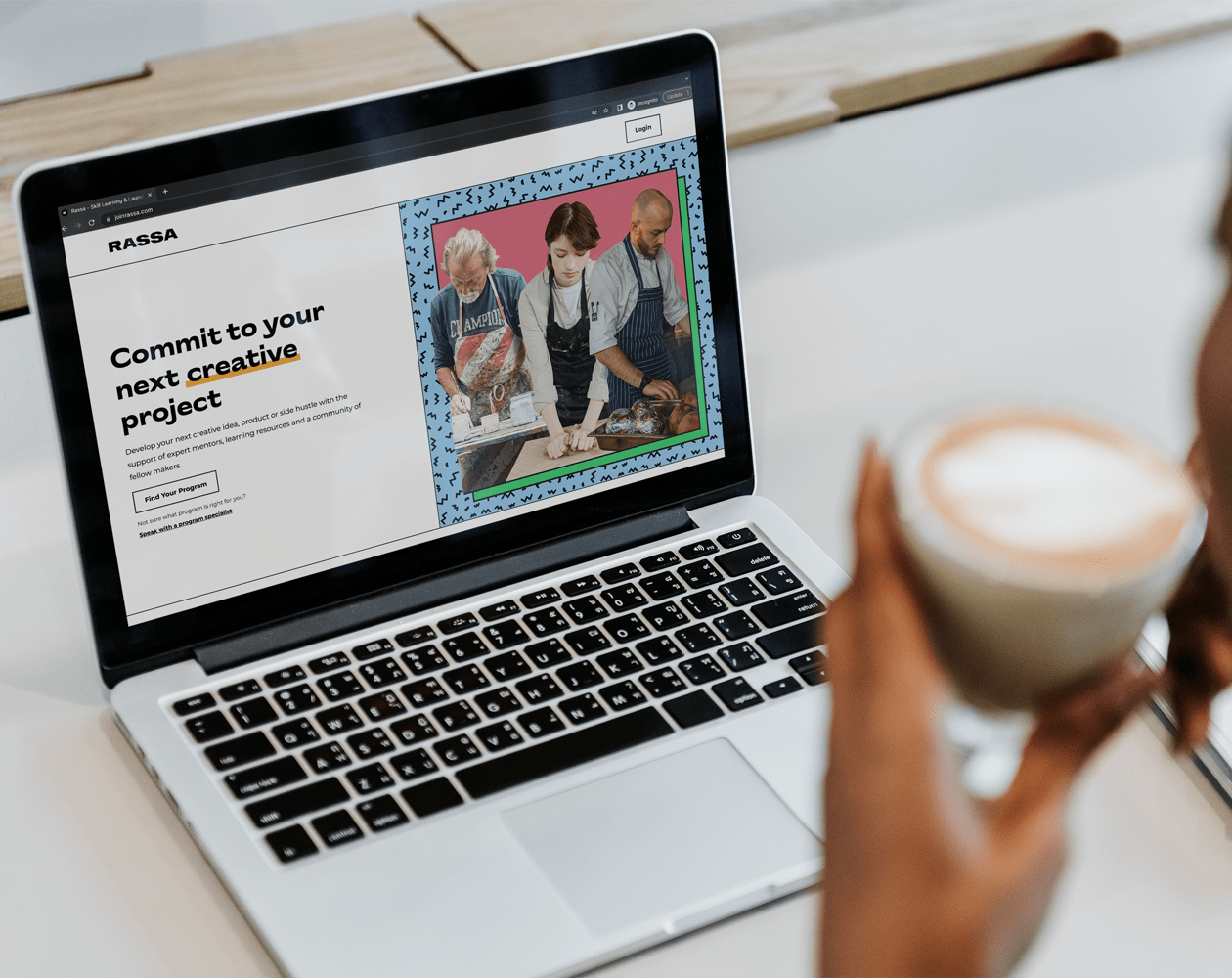 The 5 best online learning platforms for mastering a creative skill

Business
/
7 mins
Stay Connected
Thank you! Your submission has been received!
Oops! Something went wrong while submitting the form.
ABOUT US
About UsArticles
PROGRAMS
All ProgramsTeach on RassaRefer FriendsSuggest Program
SUPPORT
For BusinessesContact UsTerms of ServicePrivacy
Copyright © 2022 Rassa Technologies Limited