Pork Adobo
Overview
Preparation
Method
Make It Your Own
Roots

The Adobo is considered an unofficial 'national dish' of the Philippines, because it is so widespread and much-loved. The main ingredients are vinegar, a salty component, and garlic and this version you’re making this week is considered the more mainstream version with the foundation of the dish being a vinegar-soy sauce combination. Braising with vinegar has a very long heritage in the Philippines, pre-dating Spanish colonial times but the dish’s original name has been lost to history, replaced with the Spanish name Adobo from adobar, meaning ‘to marinade’. 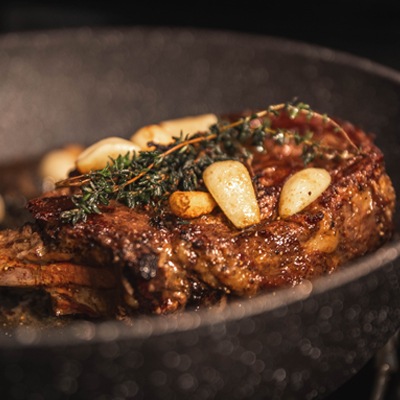 Braising - the process of cooking something in a liquid for an extended period of time, to break down the tougher structures in the ingredient. 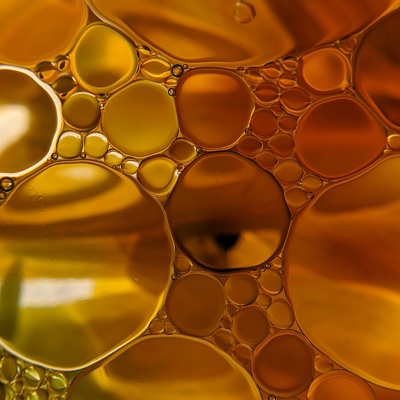 Cooking with Vinegar - understanding the use of vinegar as means of tenderising and flavouring protein. 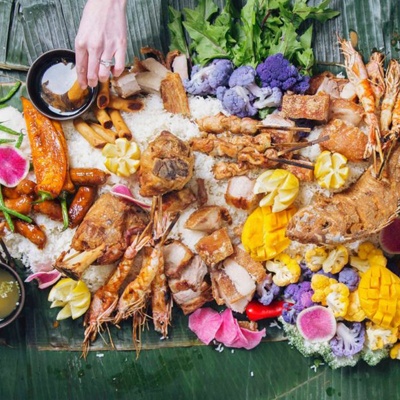 Family style eating - understanding the communal aspect to a Filipino meal with rice and ulam (the Filipino term for a saucy accompaniment to rice!)

Alright, let's get started with our pork belly adobo. First thing I'm going to do is mince up the garlic. Peel a whole head of garlic and roughly chop. Place the chopped garlic into a deep and wide pan and leave on the hob for later.

Now our next step is the pork belly. Chop the belly into rough 1 inch cubes, by firstly cutting into a thick strip and then cutting across to create the cubes. Leave your pork belly to one side and we can now start the cooking process.

Let's fry our garlic, getting some flavour and colour into it. Add a small amount of oil to the pan and allow the oil to start frying our garlic. Once you start to hear the garlic sizzle you should also smell the aromas coming out. Keep an eye on the garlic, stirring so it is evenly distributed.

Grab your remaining ingredients and add the pork to the pan mixing well (letting it get to know the garlic). Into the pan add the 600ml of cane vinegar and then the 400ml of soy sauce, this liquid should be just enough to cover our pork. Add two bay leaves to the pan along with a generous amount of pepper. Now leave the dish to simmer for 1 hour 30 minutes to get it nice and soft and tender. Wait for the liquid to come to the boil and then reduce the temperature to a gentle simmer and cover with a lid.

(Pause the video here while your adobo is cooking)

By now 1 and a half hours should have passed, check the meat for its tenderness by taking a piece of meat from the pan and feeling to see if the meat starts to pull away and break apart under pressure. Remove from the heat for our next step.

Remove the pork belly by straining the sauce through a sieve, keeping the sauce in a clean pan. What we have now is the pork separate to the sauce. Skim the fat (check my notes on how best to do this) from the sauce into a clean bowl and set to one side.

Place the sauce back onto the stove, mix the cornflour and water together to make a thin slurry and then gradually add some to the sauce - doing this gradually you will be able to control the thickness of your sauce much better. Then leave to one side and go back to the pork belly. Add the pork back to the pot and take some of the adobo fat - we will get this fried up.

Char the pork nicely giving it some texture and also rendering more of that beautiful fat. Stir occasionally to ensure all sides get coloured. Once our pork is coloured we can get ready to plate up.

Moving back to our worktop, into a deep serving bowl scoop pieces of meat and garlic and then spoon on top as much sauce as you would like, and there we go, our pork belly adobo.

Serve alongside plenty of jasmine rice and enjoy!

In this recipe we don't need to mince our garlic too finely as it's going straight into our braise and we are just looking to get the flavour out of the aromatic.

Remove the woody tails from the garlic all at once and then crush the garlic with the side of the knife. Once all the cloves have been slightly crushed you can remove the skins ready for mincing!

Portioning our Adobo into 1 inch cubes is very much a Filipino family style way of serving, allowing people to serve themselves.

The purpose of cooking in vinegar started all those centuries ago as a way of not only imparting huge amounts of flavour into something but to also preserve whatever was being cooked.

Check out Gene's video where he takes you directly to the source and shows you the process of making vinegar in the Bulucan region of the Philippines.

Vinegar when used in cooking coagulates proteins, breaking the chemical bonds that hold proteins together. The acid causes the proteins to denature and break apart which makes our meat incredibly tender.

You could also leave a layer of fat on the surface of the adobo to add another layer of preservation (much like a confit).‍

Take your time when cooking our garlic, we don't want it to burn. I often find the best way is to bring the temperature up slowly allowing it to colour evenly.

Adobo is considered a one pot dish.

Traditional soy sauce is made by soaking soybeans in water and roasting and crushing the wheat. Then the soybeans and wheat are mixed with a culturing mould and is then left for two to three days to develop.

Cane vinegars are made in a select few places around the world. The Philippines being one (it is often referred to as sukang iloko which relates to the northern region of the Illocos where it is often made), it is also made in Louisiana, USA where recently they have started to produce their own cane vinegar.

The production process is relatively simple with a syrup being made from crushing the harvested cane to extract the juices. The juice is then simmered down to a thick syrup. This syrup is then fermented in distilled vinegar and sometimes aged in barrels.

Look how to adapt your adobo in the get creative section!

Feel free to cook this the day before, it will develop in flavour as it rests!‍

You can absolutely eat the adobo now spooned over rice with plenty of sauce.

The pork in the adobo won't be so tender as a pulled pork for example (as we want it to hold its shape) but when pressed you should feel that the meat has some give to it.

When your sauce is separate from the pork you will see the layer of fat sitting on top that has been rendered out from the pork belly. What we want to do is skim this fat and use it to fry our pieces of pork.

There are many different ways to skim fat, whether this is when making a stock or in a sauce like today. These are my key techniques to doing so.

Adobo dishes are known for being incredibly resourceful. It is often known that people will re-use the sauce for their next recipe, keep the garlic for embellishing other dishes and using the fat for frying, nothing goes to waste!

When using the corn flour add this gradually bit-by-bit and allow the sauce to thicken before adding more.

Now would be the perfect time to get portions of jasmine rice cooking ready for when we serve.

Adobo is served traditionally alongside rice. In the Philippines rice is often seen as the main part of the meal and the sauce is served alongside it.

This dish will be best served with Jasmine rice with plenty of sauce spooned on top.

Like the Arroz Caldo last month two key reactions are taking place when colouring our pork.

Firstly, the Maillard reaction which is a complex reaction responsible for cooked colour and flavour. Taking place at 120°C/248°F and above, an unstable reaction takes place creating hundreds of different by-products - mostly dark colouration and an intense flavour.

Secondly, caramelisation. This reaction happens when any sugar molecules are present (both in the meat and also our vinegar) in what we are cooking. Once at 160°C/320°F and above, our meat will begin to colour more darkly as the sugar begins to melt.

Serve with rice and enjoy! 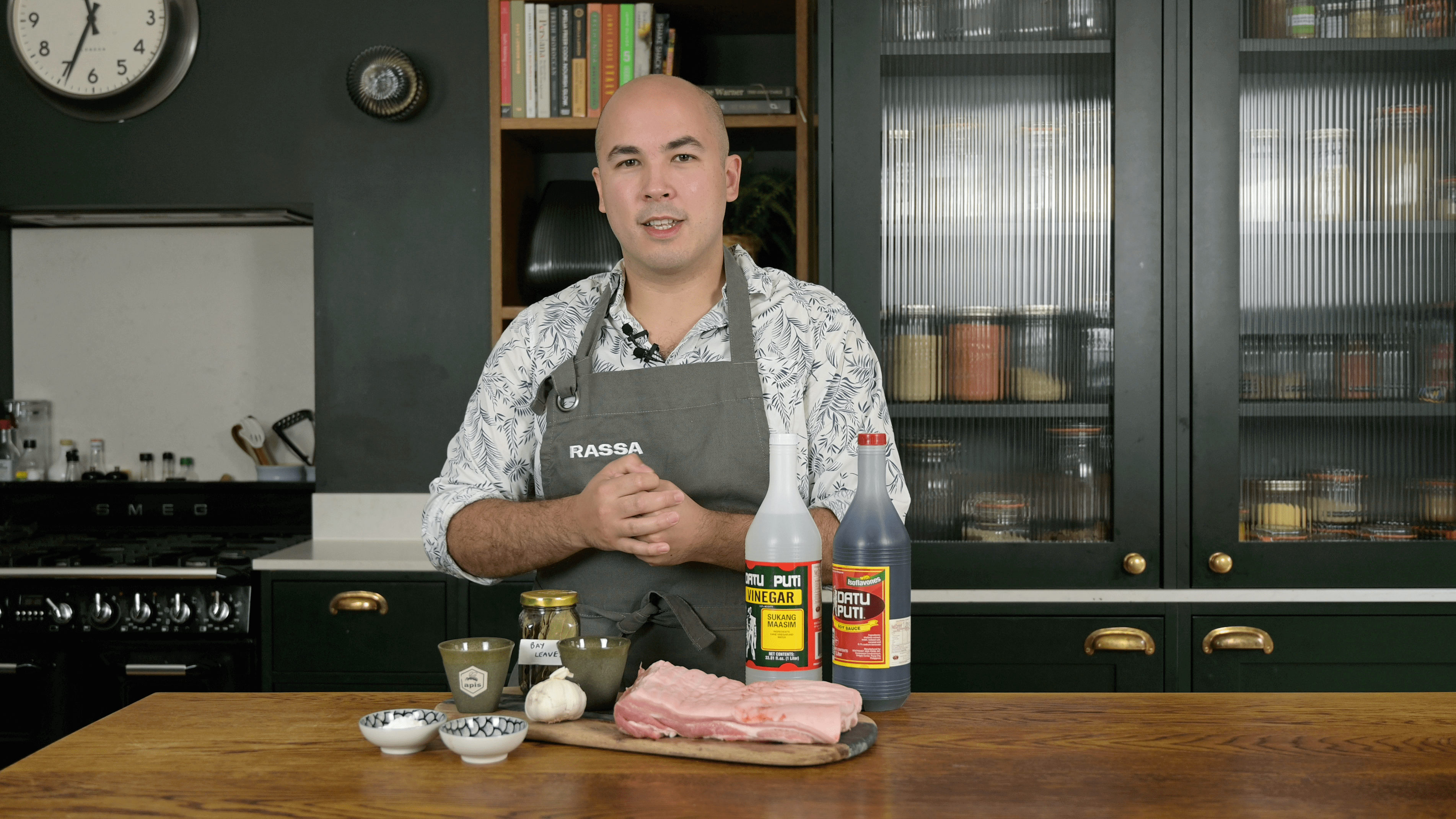