Considered the national dish of Ireland, the Irish stew is a hearty dish packed full of flavour originating from the rural, peasant communities. Slow cooking in Ireland has its roots in the old methods of using a bastible (a cast iron pot with three or four legs) over open fire and it was a way of cooking down and tenderising cheap, tougher cuts of meat. The traditional version of Irish stew consists of just mutton or lamb, potatoes and onion but the Irish chefs and homecooks have gone on to experiment with different meats as well as add root vegetables, heritage grains, dumplings and warming aromatics (you’ll also see Guinness added for a richer broth). Kevin’s version uses rabbit and, in true Irish fashion, a good drizzle of cream but don’t be afraid to make this recipe your own.

Place the pan onto the stove and season your rabbit. Into the pan add some rapeseed oil along with your two rabbit legs. We want to get these browning.

While the legs are browning slice the white onion and a clove of garlic. Turn your rabbit legs and then go in with the onions.

Now we can add the lentils, seaweed, and a diced carrot. Go in with some fresh herbs and a splash of the vermouth.

Cook the alcohol off before adding some stock. Cover the pan with a lid and then leave to simmer for 2 hours.

Now add a spoonful of mustard and a good drizzle of cream, gently stirring it in to the cooking juices.

Serve with mashed potatoes and with plenty of the stew's sauce. Enjoy!

Lentils were once a main source of protein in Ireland. We are growing it here in Dunbrody house and it shows the full circle of Ireland embracing its heritage. Lentils are one of the oldest cultivated legumes and they typically grow alongside wheat and barely. The two groups of lentils can be defined by varieties with flat and large seeds, and smaller rounded seeds.

It's so important to not turn the legs (or any meat) too fast once you have just added it to the pan - turning it too much will stop it browning and also reduce the heat of the pan.

The seaweed acts as a seasoning in the dish, instead of salt.

After 2 hours the meat will be incredibly tender.

Be careful when adding in the cream and mustard - stir it in gently. 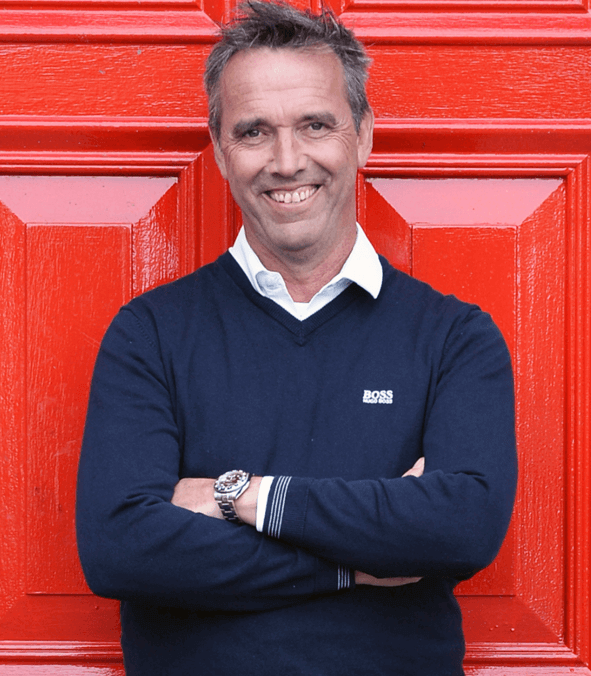