Chef Rex takes you through his selection of vegetables and aromatics including lime juice for adding acidity to help cut through the richness of the oxtail and peanut butter. Not only does he use chopped roasted peanuts for texture but also uses peanut butter as a thickener instead of the traditional method of using rice flour as it adds more depth to the dish. For pungency and creating that iconic funky flavour, Rex uses a combination of fish sauce and bagoong which he serves on the side to allow for whoever is eating to customise the dish flavour to their own tastebuds.

Bagoong varies region by region, for example in the Tagalog provinces the fish paste is fully fermented and ground whereas in Mindanao, it'll tend to be more hard with solid pieces of salt. It can be made using different types of fish including anchovies, krill and shrimp and the fermentation methods were first developed at home and have been handed down through the generations. Bagoong undergoes the same fermenting process as patis (a by-product of bagoong) which can take as long as several weeks or months. It's typically used as a savoury replacement for salt and adds a funky, umami depth to your dishes.

Annatto seeds - popularly known as atsuete or atsuwete in the Philippines, they have an earthy, peppery flavour but are more commonly used in Filipino cooking for their natural red food colouring which actually dyes the food a yellowish orange colour - this week you see Chef Rex steep the seeds in hot oil to extract this characteristic colour. The tree was brought over by the Spanish from the Americas to Southeast Asia in the 1600s and is recognisable for its large rose-like flowers and prickly pods which contain around 50 seeds each. Historically, annatto was used for ceremonial purposes but also by warriors who would also use the seeds to make body paint for protection in battle. 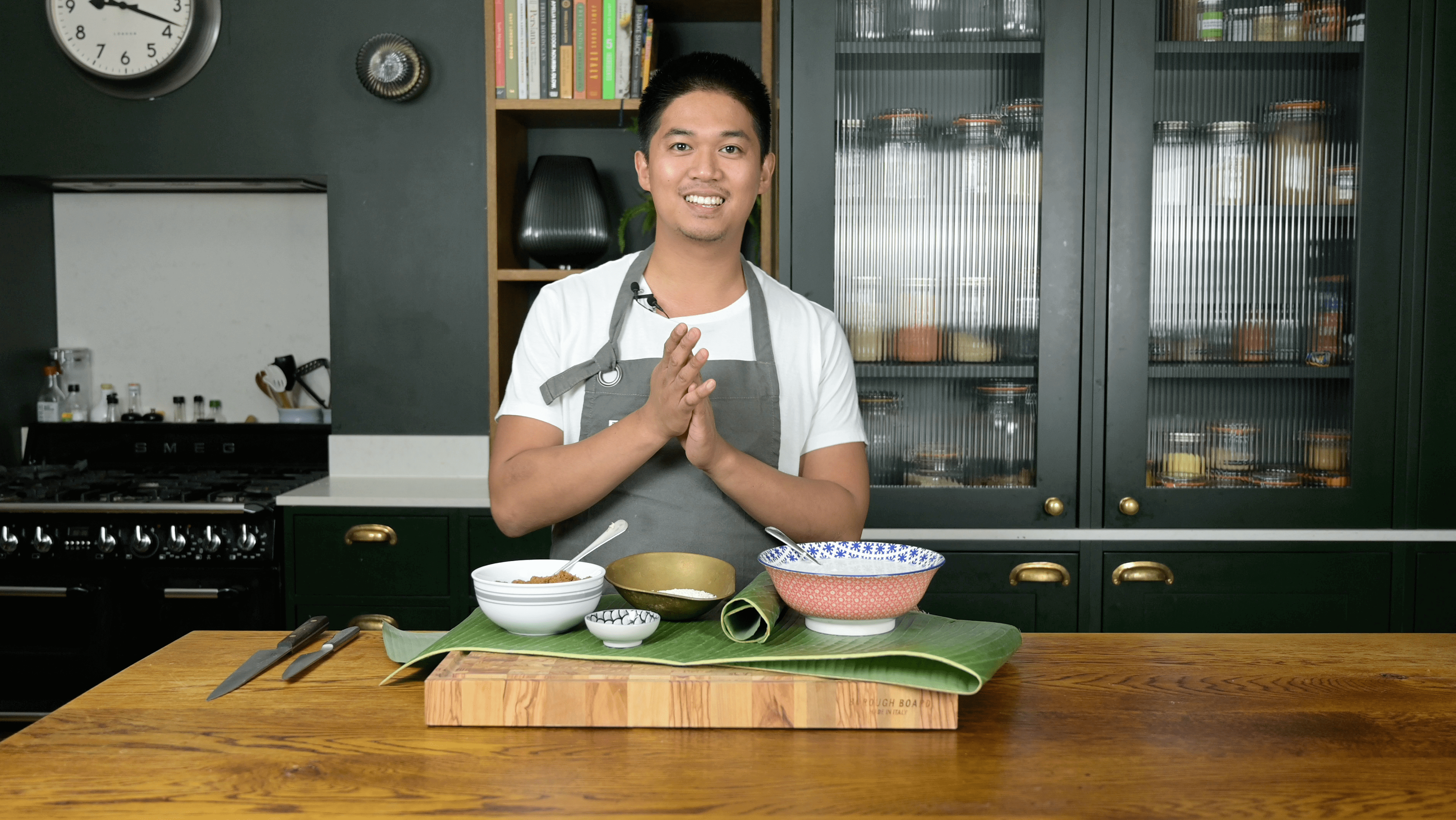 Rex De Guzman
Filipino cuisine for a long time has been misunderstood and underrepresented so I'm working to bring attention to it.