We get up close with the ingredients you're using this week, exploring ancient crops and grains. The schug sauce you'll be making with Chef Tomer is a burst of fresh herbs and spices from oregano - the recognisable perfume of the Galilee hills, to cumin - a staple of Middle Eastern cuisine. Tomer also touches on how to balance spice pungency and open up the aromas of your spices with more to come when you get down to making this fragrant dish.

Dry chickpeas - chickpeas are an ancient crop with a rich history and have gone from a peasant superfood to a fashionable item for the home pantry. Throughout history it has travelled across borders taking on local flavours along the way, the result is not just a delicious array of dishes but also a culinary custody battle over its origins. Throughout Israel and its neighbours, chickpeas are found in the likes of hummus, falafel, fresh salads and stews.

Tahini - Tahini was once reserved exclusively for the upper echelons of the medieval Middle East but is now a staple ingredient in almost every home in Israel and its surrounding lands. This particular variety of tahini is produced by members of the ancient Samaritan community alongside the ingredient company Belazu and comes from Mount Gerazim, a sacred mountain near the town Nablus in the West Bank which is considered to be the original home of tahini. The seeds are roasted to release a rich, nutty flavour, Belazu then double-grounds them to create their signature creamy texture and glossy finish.

Buckwheat - an ancient grain which is the dried fruit from the white flowers of a tall grass-like plant. Buckwheat originated in ancient China but many associate it with Eastern European cuisines and dishes like kasha (cooked buckwheat seasoned with butter) - Russia being a large influence on Israeli cuisine due to jewish migration. The popularity of the grain in Israel is continuing to grow as it is gluten free and relatively high in protein making for a filling base for many dishes and salads which are popping up on restaurant menus all over. 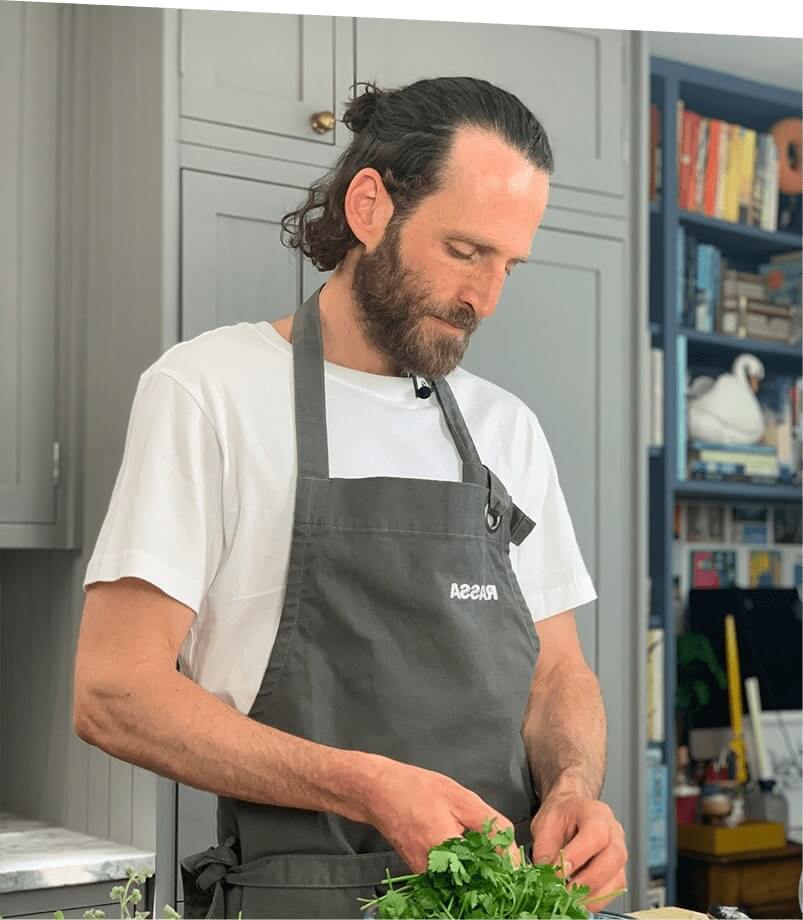 Tomer Hauptman
I prefer rustic, hearty, authentic heritage food and have stepped away from the over-plated more towards food with emotion and history.