Budgie shares his secret to the perfectly crispy fried chicken wings, slathered in a homemade banana ketchup. One part familiar, one part fresh and exciting, this condiment dates back to the middle of the last century when a food scientist by the name of Maria Ylagan Orosa needed to find a way to keep the American soldiers happy when tomato ketchup reserves were low.

Chicken wings - fast food chains like the famous Jollibee have made fried chicken a staple across the Philippines. Budgie took inspiration from these guilty pleasures and shows us way to create  crisp wings that keep their crunchy exterior even after they are liberally sauced in banana ketchup. The trick here is to develop a crust through a dusting of potato starch and two instances of deep frying at a high temperature. Done so in batches to avoid the oil temperature dipping too low, the first fry seals the meat, and the second gives us the crisp texture we are after. However it is our next component that keeps the wings from becoming overcooked and dry.

Brine - when deep frying chicken (or even just cooking it rapidly at high temperatures), to ensure the meat remains juicy, a brine can both provide seasoning and moisture. It is also a brilliant way of imparting flavour all the way through the meat. Here, Budgie’s brine is actually a mixture of soy sauce and coconut vinegar. The salinity here is coming from the Datu Puti soy sauce, which brings a deep umami flavour, whereas the acidity of the coconut vinegar will help to tenderise the meat as it starts to break down and ‘cook’ the muscle fibres (as the juices would in a ceviche, for example).

Banana ketchup - this classic Filipino condiment may sound strange to the uninitiated, but it’s a serious flavour bomb and the perfect accompaniment to our Budgie’s chicken. Tangy and sweet, the majority of the tomato in this ketchup is replaced by ripe bananas and the result is a richer, darker sauce that almost has barbecue notes to it. As bananas grow extensively in the Philippines it made sense that chefs turned to the yellow fruit when access to tomatoes became limited during World War 2. They were cooked down with ginger, garlic, sugar and spices and formed the basis of a sauce that closely resembled the US soldiers beloved condiment.

Brine flavourings - as the foundation of the flavour of the chicken, the brine can be tweaked and changed if you want to put your own twist on the dish. Adding spices such as bay leaves, szechuan peppercorns, or korean red pepper flake (to name a few) to the brine will all permeate different flavours into the chicken. You can also change the salinity levels of your brine with salt, or even miso to find balance that you like - and the same goes for acidity, with rice vinegar, apple cider vinegar or even citrus levels being totally customisable.

Brine timings - The level to which you can impart flavour into the meat is also dependent on how long you leave it to brine. Given the amount of connective tissue and fat in a chicken wing, they can be left to brine for far longer than chicken breasts for example. Wings can be brined for as long as 48 hours - so if you’re interested in testing out different levels of seasoning/moisture why not experiment with different times.

Ketchup - While the banana ketchup is an iconic staple of the Filipino kitchen, the recipe is actually incredibly customisable and serves as a brilliant way to use up different fruit. This recipe would work just as well with tomatoes, plums, dried fruit such as currents and dates or even tropical fruit like ripe guavas, mangoes or papaya! Just make sure to add a little more salt, vinegar or sugar depending on what you feel is missing. 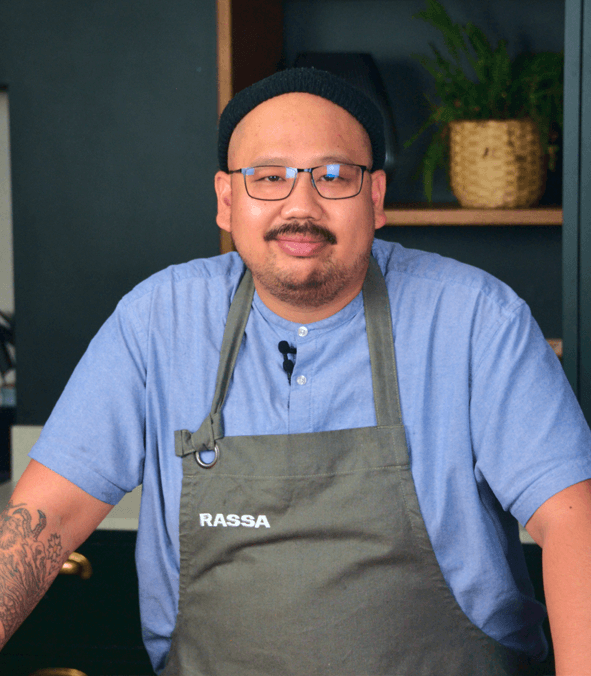