Watch as Daniel takes you through his dish and how he gets the most out of an alternative cut of pork - the cheek, which is a flavoursome and moreish cut of meat. This dish is big on bringing these cheaper cuts back to the kitchen as well as supporting smaller growers and producers when sourcing ingredients. You'll also see how he balances the fat and acid in his dish to make sure it doesn't feel too 'heavy'

Alternative meat cuts - certain meat cuts which were more commonly cooked in the past have fallen out of fashion in the last 30 years or so. We see chickens killed purely for the breast meat, cows for the fillet and rump cuts and pigs for the legs and loins but what then happens to the rest of the animal? It often goes to waste. Using these alternative cuts, is not only more sustainable and cheaper than going for your usual prime cut but also tend to have a lot more flavour to them.

Small growers & producers - Daniel sources his pork from a local Irish butcher who cares a lot about his produce and ensures the pigs have a good quality of life, living free-range. Where possible he encourages you to know where your food comes from taking care to pick producers who are fairly compensated and who treat the animal with respect. The added benefit of careful sourcing is you have a real story behind your food which adds to the eating and creates conversation around the dinner table.

Acid - a key part of this dish is the fennel salad. Daniel uses the vinegar with the fennel to cut through the richness of the pork, sauce reduction and pearl barley. The acid helps to give balance to the dish, amplify existing flavours and adds an extra layer of depth to the dish.

Sauce reduction - reducing the braising liquor has a key part to play in the visuals of the dish. Pork cheek contains a lot of collagen and gelatin which melts down into the sauce when reduced, creating a rich sauce ideal for adding a shiny, glaze to your meat. 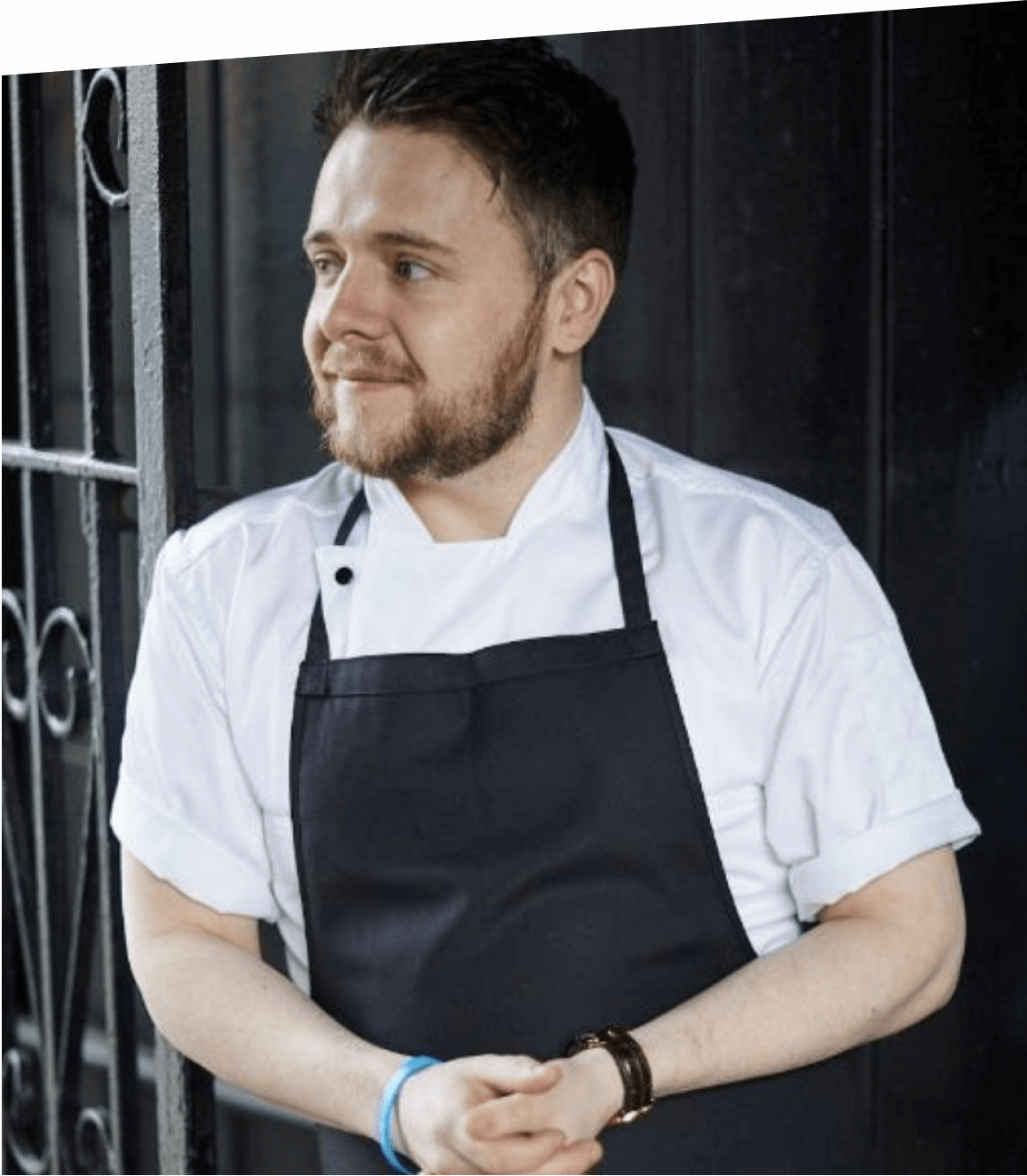 Daniel Hannigan
I've worked in both Michelin and casual dining, working with meat and cooking over fire. Now, I own my own coffee and food business.