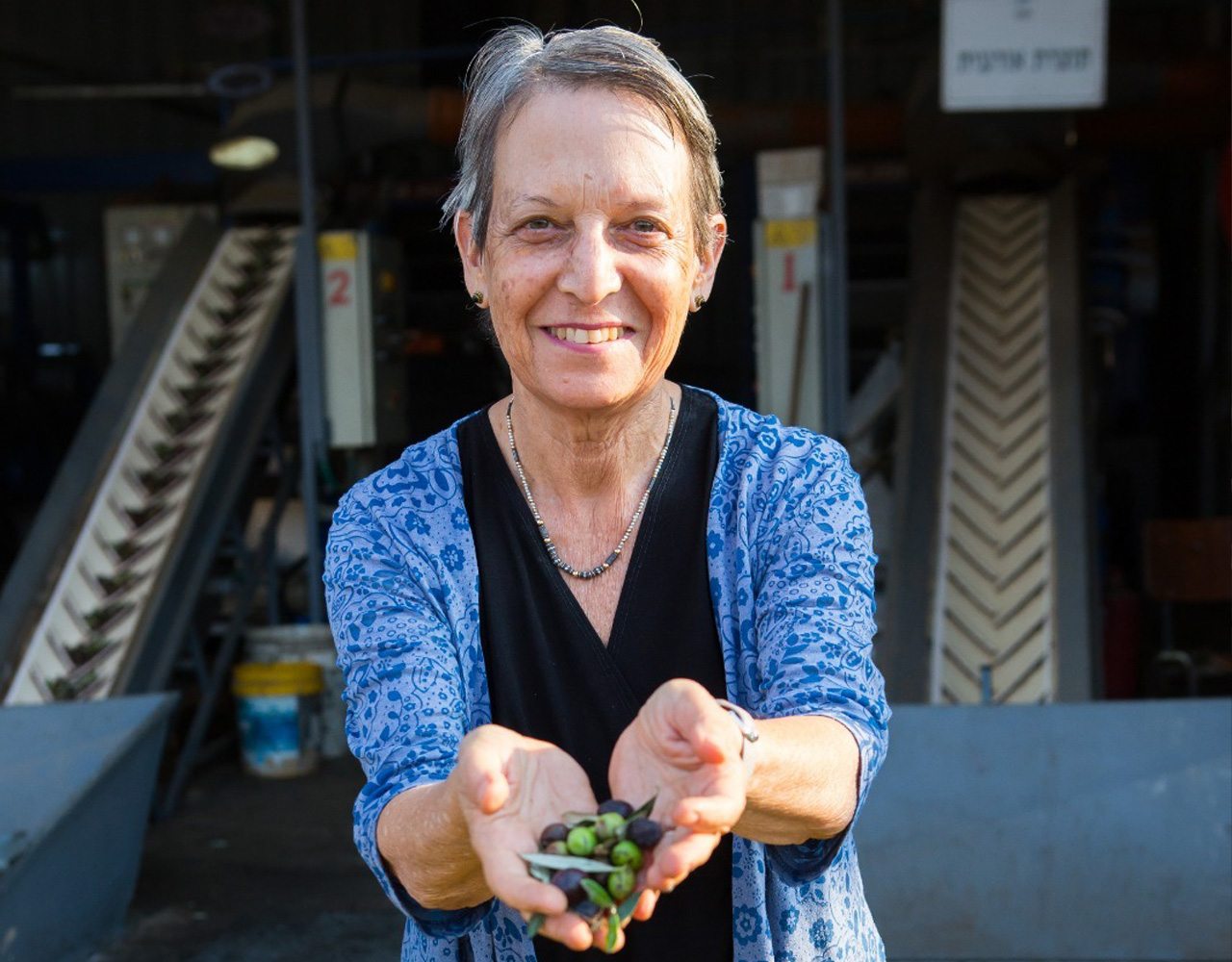 A Golden Opportunity for Peace: A conversation with Hadas Lahav of Sindyanna Olive Oil

Hadas Lahav, co-founder of Sindyanna Olive Oil, talks to us about her upbringing in Israel and how different communities inspired her business today.

“I was born in a Kibbutz with a very nice community around me,” recalls Lahav. “They always talk about how they live in an equal society, and respect everyone no matter their religion or race; these were the principles that I was raised on.”

Her perspective shifted on March 19th, 1976, when the Arab community in Israel declared a general strike to protest against the confiscation of land from Arab farmers.

“The treatment was so unfair that they decided to protest, and I just remember that I was so shocked like, ‘What happened? This is a country that I love, how come?’”

Lahav couldn’t fathom living in Israel without being a part of a movement that championed equality, respect, and peace.

“I am privileged, I was born on the right side of the demographic map,” she says. “But I think it was very, very difficult to live in Israel without taking part in a project like Sindyanna; I want to feel that I am at least trying to do something to change the reality.”

After graduating from Tel Aviv University, Lahav wanted to pursue a career in social activism and started Mother’s School in 1995, a project that taught Arab women maths, reading, writing, and languages such as Arabic, Hebrew, and English, tools that would allow mothers to receive an education and better help their children with school.

However, what women wanted was to be employed and earn a salary, so Lahav started Sindyanna of Galilee. Since 1996, Sindyanna has been the only certified fair-trade, organic olive oil producer in Israel. Operating in the Galilee region with the Arab community, Sindyanna bridges cultural differences and encourages sustainable and organic agricultural business practices. ‍

“You are not alone, we live in one world.”

“During the pandemic, I think many people realized how important it is to show solidarity, to help each other, to care about other people,” she says. Even before the pandemic, surrounding communities responded positively to their business.

“We are very popular among people that appreciate us because they know what we are doing and because our project is based on optimism on one end, and solidarity on the other.”

For instance, Lahav says that Sindyanna’s position in the local community has allowed women to leave their conventional roles.

“They had to receive permission or encouragement from families because most of them are mothers of children,” she says. “We have an employee with 7 children. She couldn’t leave her house without the encouragement from her family, so I guess that for the communities that we are working with, our very existence is something that matters.”

Furthermore, Lahav believes that due to the separate Jewish and Arab educational systems in Israel, there is a sense of separation amongst the various communities geographically, linguistically, or culturally.

“The communication between the two was never there. If you go outside, you never see children communicate, or it is very difficult for them to communicate,” Lahav says. “So you still feel that you are living in a world apart.”

Thus having an institution like Sindyanna encourages coexistence. “We show that bringing the two sides together, not only strengthens our society by bringing humanitarian and necessary values but also create different models to take inspiration from.”

“You can be excellent, professional, and devoted to your business without giving up your morals, I think this is the most important thing.”

Sustainability is another key pillar in Sinyanna’s business, and Lahav is a firm believer in upholding its values as an environmentally friendly company without cutting corners.

For example, the visitor center in Kurf Kana is built on a hydroponic system that they spent almost two years of the pandemic developing. Plants are supported by peat moss or clay pellets that are soaked in nutrient-rich solutions, allowing for more accessible gardening that uses less water and space, without having to use soil.

“We invite groups of visitors, families, children, schools, and teachers to come and learn about hydroponics, and how important hydroponic agriculture is for the livelihood and the food security of the people, especially in times of closure and isolation,” Lahav says.

During this time, Sindyanna helped 30 women from the villages to build these systems in their homes. Confined to their homes due to lockdown, the project helped families build hydroponic systems on their roofs and balconies.

“We are going to develop it and add more women in the near future because it is something that will help women not only secure clean and organic food supply for their families but also give them knowledge and the skills of modern systems,” asserts Lahav.

“Through this, they will apply their skills, connect with experts following the growing industry, receive advice, and learn Hebrew to communicate with other women and experts from the Jewish community, so it is a very nice and inspiring project.”

Sindyanna also became a certified member of the World Fair Trade Organization (WTFO) in 2003, which Lahav describes as a family. “It is concentrated on being fair to the producers and the consumers, but also for the land and environment, so it is a very positive global movement.”

“You have to be a part of your society and contribute to it,” Lahav says. “You have to give something and not just take from it.”‍

“There are so many distinguished people that fought for freedom and equality of people that you can be inspired by.”

“I don’t have one hero. Was it Nelson Mandela, Rosa Luxemburg, Rosa Parks, or Martin Luther King Jr? I don’t know. But I think the most inspiring thing that enabled me to become a social activist and general manager of Sindyanna of Galilee was the Palestinian National Movement,” says Lahav.

Lahav couldn’t believe how despite the tragedies they went through, how such an oppressed and deprived community of people not only had the courage to stand for their rights but were inclusive and ready to collaborate with Israelis.

This effort for collaboration eventually became the foundation that Sindyanna built itself on.

“I see Sindyanna as part of the movement.”

Despite all the accolades and recognition from across the world, Lahav sees Sindyanna as one of many organizations with the same vision and wants to be a part of a movement.

“I think this is a legacy that we all leave for the world. We are turning the world into a much nicer and better place to live.”

August 10, 2022
·
3.5 mins
Other Articles
Rise and shine: Three different ways of leavening dough
Ideas For Home
·
4 mins
From Pad to Plate: Learn how to develop your own recipes like a chef
Techniques
·
4 mins
'Where's the Boeuf?' France Has Its First Michelin Star Vegan Restaurant
Food Cultures
·
2.5 mins
Thinking Outside The Lunchbox: The 130 Year Old Delivery Service Feeding Mumbai
Food Cultures
·
2.5 mins
Conversations with a World Central Kitchen volunteer in Ukraine
Interviews
·
4 mins
Stay Connected
Thank you! Your submission has been received!
Oops! Something went wrong while submitting the form.
ABOUT US
About UsArticles
PROGRAMS
All ProgramsTeach on RassaRefer FriendsSuggest Program
SUPPORT
For BusinessesContact UsTerms of ServicePrivacy
Copyright © 2022 Rassa Technologies Limited