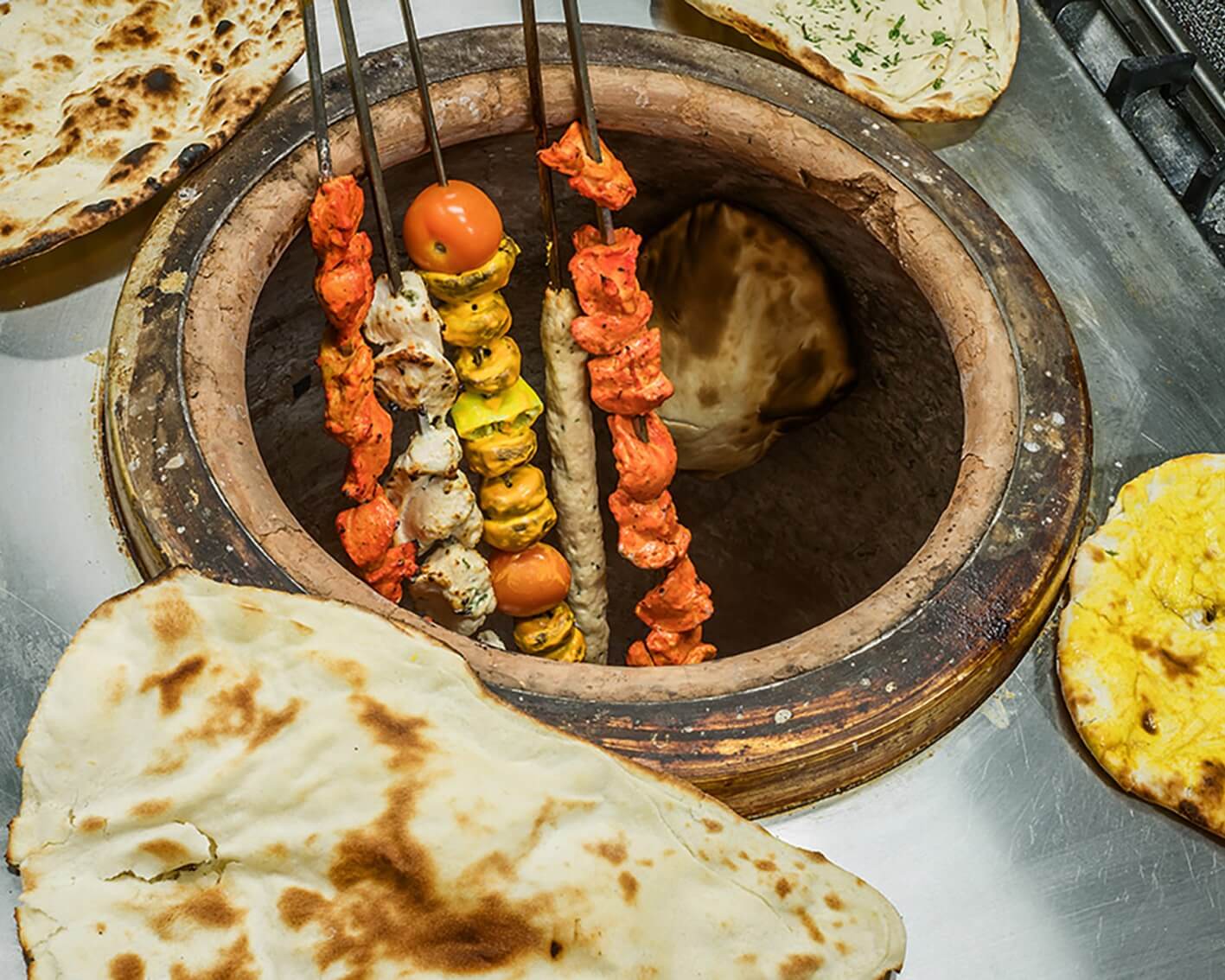 Second To Naan: What The Tandoor Means To Indian Cuisine

The Tandoor oven has become a pillar of Punjabi cuisine, responsible for some of the world's most popular Indian dishes.

Little more than a clay urn, the Tandoor oven has become a pillar of Punjabi cuisine, responsible for some of the world's most popular Indian dishes. We find out how this historic hot pot cooks dishes in minutes, but endures for millennia...

From famous flatbreads to chargrilled chicken, many of India’s most iconic dishes were born in the searing heat of a Tandoor oven.

But where did this unusual clay pot originate, and what makes Tandoori cooking so special?

With a history that spans the Asian subcontinent and even the Middle East, Tandoors are some of oldest cooking vessels still used in the modern era, and possess a near-holy status in Punjabi cuisine.

The history of the modern Tandoor in India dates back to the 16th and 17th centuries, and the rule of the Mughals.

These persian descendants of the Mongol Empire introduced new customs, government and religion to the region, but also had a huge impact on the food.

During the reign of the Mughal ruler Jahangir, Tandoor ovens became hugely popular, and were adopted by many of the peoples living in the north of today’s India and Pakistan.

This area was also the birthplace of the Sikh religion, and the Tandoor holds a special place within their culture.

The founder of the faith, Guru Nanak Dev, saw these ovens as a way of bringing people together and promoting equality in an area heavily impacted by the caste system. To this day, communal Tandoors are still used across the Punjab region and are a meeting place for people of all walks of life.

However, archaeologists have found traces of an even older oven in the Indus valley, closely resembling the Sikh’s favourite stove.

Sharing many similar characteristics with the modern Tandoor, these fragments are believed to be around 5000 years old. To put that in context, people started cooking with these ancient urns when woolly mammoths were still roaming the Earth!

Fire In The Hole

But I’m sure you have plenty of burning questions - like what actually is a Tandoor? How does it work? Where’s my chicken tikka?

The modern Tandoor is traditionally made of clay, and has a tall bell-shaped design with a hole at the top to allow for air to fuel the fire.

Either buried in the earth or standing above the ground, this fire is formed at the bottom of the pot with coal or wood, and once lit can continue to burn unaided for many hours. This makes Tandoors ideal for areas where fuel is expensive or scarce.

Reaching temperatures as high as 480 °C (900 °F), these ovens are all about hard, fast cooking - but that being said, they are remarkably versatile in spite of their simple design.

There are four main ways of cooking using a Tandoor:

Radiant heat coming from the pit is similar to baking, direct heat from the coals is akin to grilling, the hot clay walls can be used as a griddle, and finally the dripping oil and fat falling to the coals works essentially like a smoker.

This versatility has spawned a whole host of dishes, and makes the Tandoor a vital part of the modern Indian kitchen.

The blazing heat of the Tandoor gives it’s dishes a unique smoky flavour, and with such high temperatures, the food needs to be prepared in a way that protects them from the heat.

Arguably the most well known dish to come out of this fiery pit is Tikka.

Pieces of meat or paneer are marinated in yoghurt and spices, then cooked on long skewers. With their bright red colour and charred exterior, Tikka dishes are renowned for being extremely succulent, as the short cooking time seals in the juices.

Another well-known staple of the Tandoor is Naan.

This leavened flatbread is made by sticking dough directly onto the steep curved walls of the oven. The blistering surface of the clay is so hot that the bread adheres to the surface, and after 2 minutes, is ready to be served.

Similar to Naan, Kulcha is another bread that is cooked on the griddle-like walls of a Tandoor. Commonly filled with paneer, potato or vegetables, stuffed Kulcha is a favourite snack or side dish in the Punjabi region.

It may seem strange that some of the world’s favourite Indian dishes are cooked in an oven that has barely changed in 500 years, but when it comes to Tandoori food - if it ain’t broke, don’t fix it.

November 17, 2022
·
4 mins
Other Articles
Egg whites and Catholic churches - an uncanny connection
Course Specific
·
2 mins
A Spotlight on Suppliers: Chef Daniel Hannigan on the opening of Orwell Road
Interviews
·
5 mins
How to do a cider tasting
Course Specific
·
1 min
A New Era of DIY Homes
Ideas For Home
·
3.5 mins
Get Ready for Christmas With These Easy DIY Decoration Ideas
Ideas For Home
·
3 mins
Stay Connected
Thank you! Your submission has been received!
Oops! Something went wrong while submitting the form.
ABOUT US
About UsArticles
PROGRAMS
All ProgramsTeach on RassaRefer FriendsSuggest Program
SUPPORT
For BusinessesContact UsTerms of ServicePrivacy
Copyright © 2022 Rassa Technologies Limited