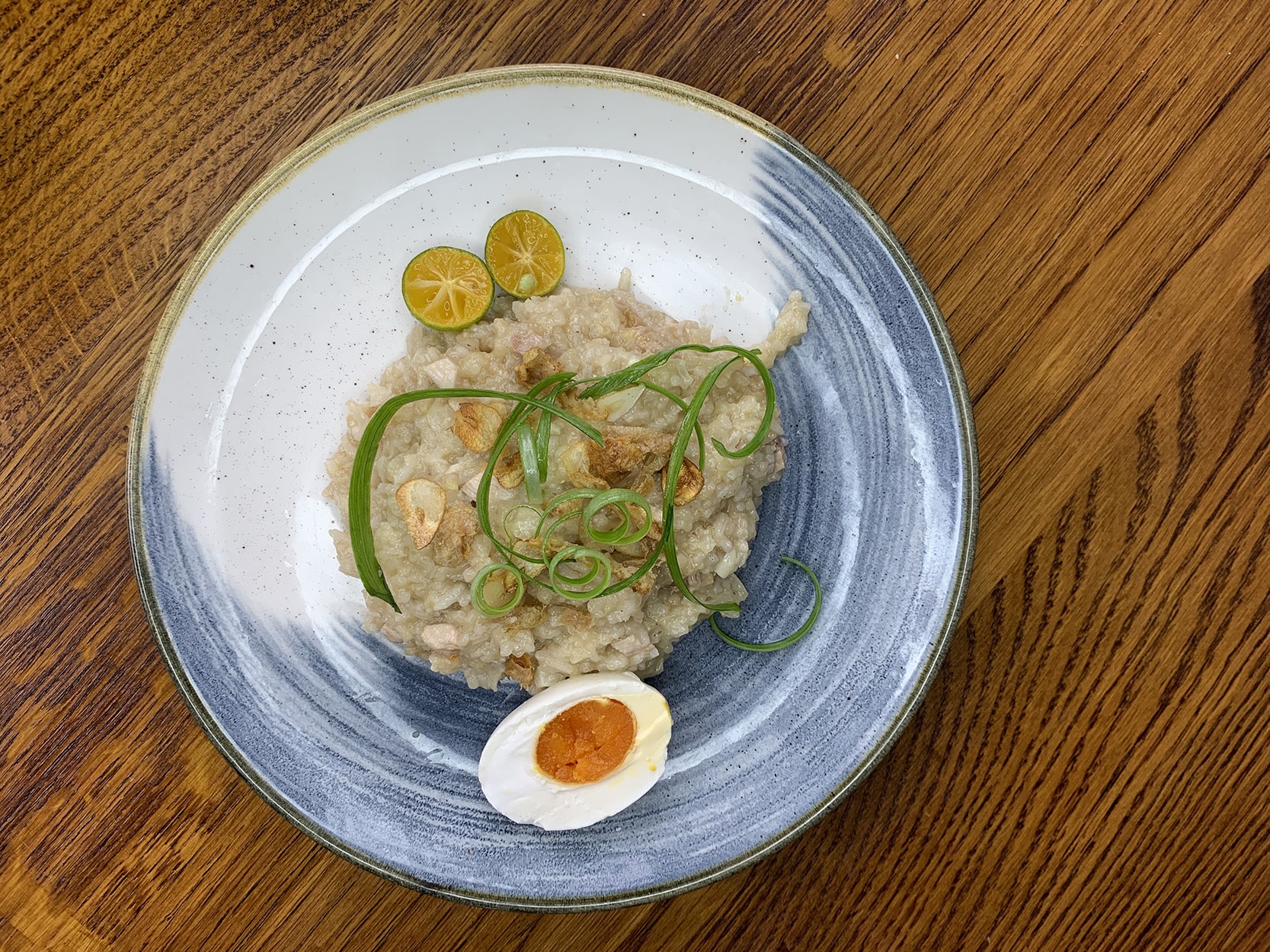 Rice grows abundantly in the Philippines making rice dishes a staple in Filipino households. Discover Filipino rice porridge - from the Arroz Caldo and Champorado to Goto and Ginataang mais.

Many are the faces of the humble rice porridge. With a base made of household ingredients such as rice, salt, and stock, the rice porridge’s characteristic gentle flavour and texture have made it an indisputable comfort dish for generations around the world.

Perhaps the most popular is congee, a simple porridge that traces its roots back to the Chinese Zhou Dynasty (circa 1000 BCE). Today, congee is mainly eaten for breakfast along with a hodgepodge of toppings like pork floss, crispy wonton skins, fresh green onions, and even a century egg if you’re a fan of funky flavours.

In Korea, there’s juk, which — depending on the grandmother you talk to — can be cooked in over 40 ways. While some prefer to use the more traditional method of boiling uncooked rice grains in a big pot of anchovy stock, some cut down the cooking time by using already-cooked rice. It is then garnished with add-ons such as dried seaweed, sesame seeds, soy sauce, and a generous drizzle of toasted sesame oil.

The Philippines, however, prides itself in its arroz caldo, which flaunts a distinctive yellow starchy broth that’s made with glutinous rice and whole chicken and infused with aromatics like ginger, onions, and garlic. It’s said that the gruel was one of the many dishes born during the country’s 300-year Spanish colonial rule — in fact, the name “arroz caldo” literally translates to “rice broth” in Spanish.

A pinch of safflower, a mild spice that resembles saffron, gives the arroz caldo its sunny tinge. Seasoned with fish sauce and freshly-cracked pepper, the finished dish is brightened and balanced by a squeeze of calamansi, a citrus that’s native to the tropical country. For extra texture, crunchy fried garlic bits, freshly-chopped spring onions, and sliced hard-boiled egg are commonly added.

Rice grows abundantly in the Philippines, making it a staple starch in many Filipino homes. Based on a study by the Food and Agriculture Organization of the United Nations, it said that the Philippines ranked eighth in world rice production in 2018. But what makes rice porridge stand out in Filipino cuisine is there’s a version for whatever craving or time of the day, from breakfast down to the sugary last course — arroz caldo, typically had as a mid-day meal, is only one of them.

On ordinary mornings in the Philippines, the punchy waft of fried fish would wake you up if not for the crow of the roosters outside your window. Tuyo or sun-dried sardines are the best partners of champorado, a sweet rice porridge made with either store-bought chocolate or tablea (pure ground cacao beans shaped into small discs), giving the porridge its dark brown colour as well as a sweet contrast to the salty fish. Before eating, people top the champorado with a sprinkling of powdered milk or a glug of sweet condensed milk.

If lugaw is the simplest version of Filipino rice porridge (think arroz caldo sans the chicken), goto is a stark opposite. Instead of the delicate flavours of chicken, goto uses beef, ox tripe, and sometimes beef intestines, making it all the more rich, fatty, and umami. In Manila, eateries that specialise in goto are common and flocked by people from all walks of life starting from the afternoon, where people have it as merienda (or afternoon snack) until the wee hours of the morning, as a post-drinking cure.

The Filipinos’ affinity for rice in every meal is fascinating because it was born out of practicality. Due to the Philippines’ abundance of rice as well as sugar, saccharine and often sticky rice-based desserts called kakanin were invented. Ginataang mais is a type of dessert porridge that’s cooked with glutinous rice, coconut milk, sugar and naturally-sweet corn kernels.

At whatever time of the day, whether it is sweet or savoury —  arroz caldo, champorado, or goto — one fact remains the same throughout the decades: Through its sheer simplicity, the humble rice porridge isn’t here to impress. It’s here to serve a purpose which is to fill our bellies and warm our souls.

August 10, 2022
·
3.5 mins
Other Articles
'Where's the Boeuf?' France Has Its First Michelin Star Vegan Restaurant
Food Cultures
·
2.5 mins
Your Senegalese Shopping List: Top 10 Traditional Foods Of Senegal
Ingredients
·
3.5 mins
The 10 cookbooks you should be reading in 2022
Ideas For Home
·
9 mins
The Story Behind Irish Coffee
Ideas For Home
·
2 mins
On a career break or sabbatical? 10 things to do with time off work
Business
·
6.5 mins
Stay Connected
Thank you! Your submission has been received!
Oops! Something went wrong while submitting the form.
ABOUT US
About UsArticles
PROGRAMS
All ProgramsTeach on RassaRefer FriendsSuggest Program
SUPPORT
For BusinessesContact UsTerms of ServicePrivacy
Copyright © 2022 Rassa Technologies Limited