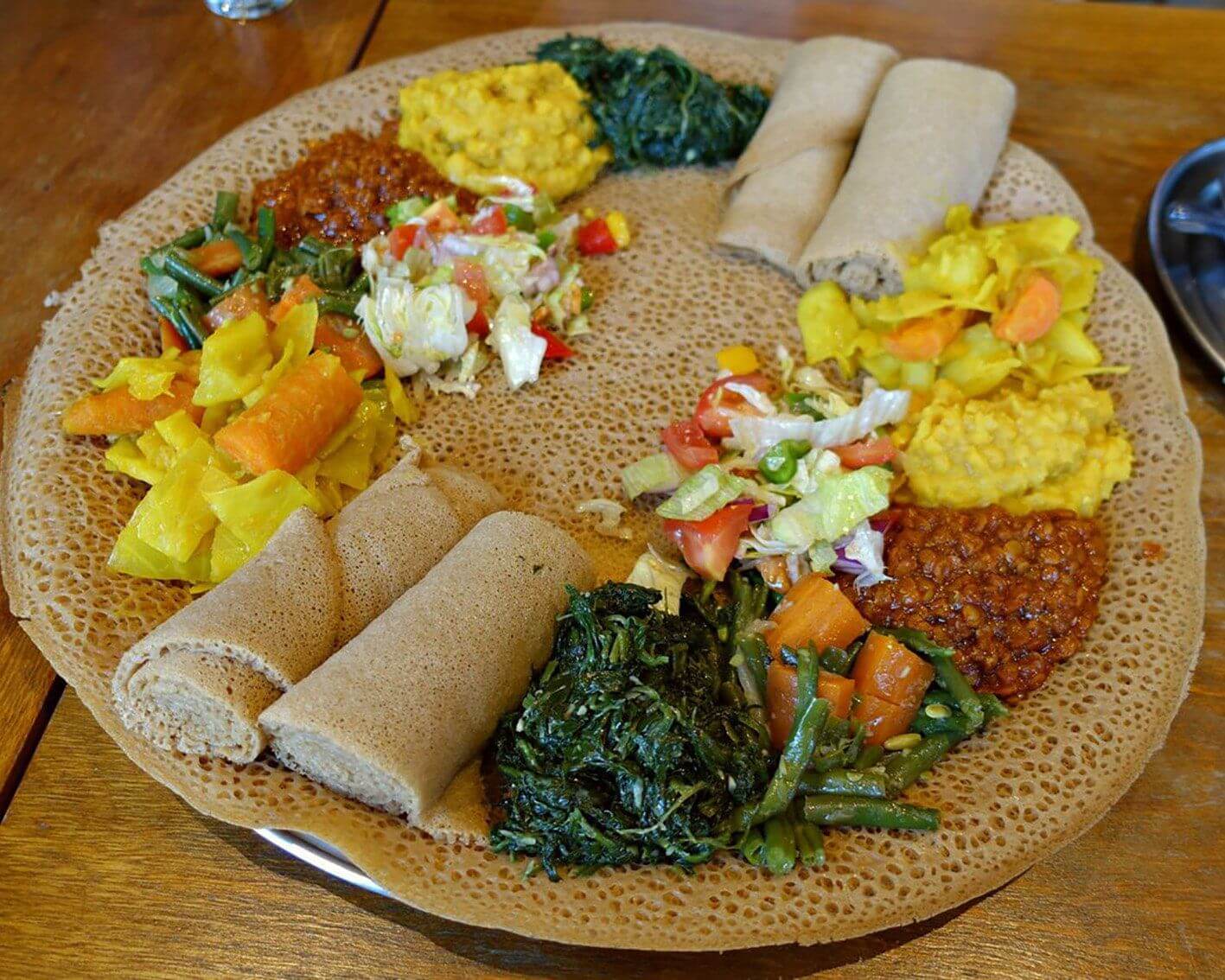 Veganism is on the rise all over the world, but the practice of eating a plant based diet is as old as the hills.

Veganism is often portrayed as a modern movement. A militant group borne out of online chat rooms, who won’t rest until every cappuccino is frothed with oat milk, and every burger is made of soy protein.

But this is far from the truth.

Plant based diets are the norm for millions of people around the world, not just out of a respect for the health of both humans and animals but also because the food is easy to produce, preserve - and most importantly - it’s delicious!

As Plant Power day blooms again this week, we wanted to take a deeper look at the cultures where Veganism has been a natural part of everyday life for hundreds of years...

Arguments rage over whether or not humans have evolved to eat meat or not, and for every piece of conclusive proof from one side, you are likely to see a comment section exploding beneath it.

That being said, archaeologist and anthropologist Richard Leakey states that our earliest ancestors would have undoubtedly had a plant based diet of seeds, nuts, fruit and wild cereals simply because we didn’t have tools yet.

“You can’t tear flesh by hand, you can’t tear hide by hand, and we wouldn’t have been able to deal with the food sources that required those large canines.”

Our introduction to meat came mainly through the use of tools, as until then the only animals in our diet were usually scavenged from other predators.

As humans settled into an agricultural lifestyle and we started domesticating animals, meat and animal products became the food of the rich and powerful because it was more costly to produce them.

While some groups envied the meating eating upper classes, another unlikely force would spur a return to our neolithic plant based days: religion.

Nearly all of the oldest plant based cuisines have some root in religion - and there might be more out there than you think!

The world’s largest concentration of Vegans and vegetarians is found in India where an estimated 400 million people live either plant based or meat free.

India has the lowest rate of meat eating out of any country in the world, and while there are a number of factors involved, you can boil this plant based preference down to two major factors, the first being religion.

Hinduism, Jainism and Buddhism are all major religions in the country and all three share the concept of Ahimsa, which teaches non-violence towards all living things.

Hinduism is the most common religion in the country, and the impact of the religious teachings can’t be underestimated on the lives of devout hindus. One such school of teachings is Ayurveda.

Spirituality and nourishment are completely connected in the Ayurvedic teachings and this means all processed foods, meat and dairy are off limits.

Religion is only one factor of course, with another large reason for many Indians sticking to a plant based diet coming out of the immense variety of dishes and flavours there are available.

From Thali to Daal, and roti to chutneys, India is a country that has perfected the plant based diet because they know how to get the most out of natural ingredients - not simply replicate animal based products with synthetic alternatives.

East Africa is another region with a close relationship between veganism and religion - only this time the faith in question is Orthodox Christianity.

Many Ethiopians and Eritreans will forgo animal products for 200 days of the year as part of their fast.

This strict adherence to their Christian doctrine means that they have a lot of time to get creative with plant based dishes throughout the year. Injera is arguably the most famous dish of the region and it consists of a sour fermented pancake usually made from the indigenous Teff flour.

This tangy pancake serves as meal, eating utensil and plate all rolled into one, and is often eaten alongside a host of delicious stewed pulses and vegetables.

Rastafarianism often gets misrepresented as a loose faith whose only real teaching comes packed in some rolling papers ready to be smoked.

However, in reality the Christianity-based religion is more concerned with promoting clean natural living, and one of the main teachings known as ‘Ital’ is a prime example of this.

Taking its name from the English word ‘Vital’ - Ital is the tenet of Rastafarianism that promotes a plant based lifestyle - and in some cases avoiding processed foods and even metal cooking implements.

While most Rastas don’t limit themselves to cooking with clay pots and wooden spoons, a whole culture of veganism has flourished in Jamaica dating back to the 1930s.

The main focus of this plant based movement is the vibrant fresh produce native to the island. Ackee, plantain and breadfruit are all on the menu, and with an emphasis on tropical fruits Ital cuisine is known for its raw cookery.

It is believed their plant based diet improves ‘Livity’ or energy and liveliness, but above all else the Ital diet is as delicious as it is healthy.

Vegan tourists have been flocking to the Eastern stretches of the Mediterranean for years, all in search of the amazing food!

Similar to the Ital movement in Jamaica, Levantine veganism is made easier by their beautiful local produce, and long tradition of extracting as much flavour from their ingredients as possible.

Many of the ancient crops like olives, figs, wheat and chickpeas are still grown in abundance throughout the Levant. Indal Baum, the founder of a food tourism company in Israel states, “Veganism makes so much sense historically in the Israeli diet because eating from the land has always been significant.”

With a hot dry climate, rearing cattle locally has only really begun recently and the quality is still lacking, so there was naturally a greater emphasis on plant based meals.

The creamy textures that dairy products would bring are replaced by rich nutty sauces like tahini and hummus, and with the popularity of meze culture, you are unlikely to miss meat with an array of beautiful seasonal vegetables and flat breads in front of you.

These are just a few examples that prove vegan food doesn’t look like just one thing.

Long before the modern vegan movement cultures around the world were enjoying plant based diets, letting their ingredients do the talking.

So on this year’s International Plant Power day, put down the Linda McCartney “no-chicken” nuggets or Vegan sausage rolls, and take a leaf out the book of one of these cultures who have been pioneering plant power for centuries.

November 17, 2022
·
4 mins
Other Articles
A Modern Melting pot - The City of Tel Aviv Yafo
Course Specific
·
2.5 mins
How to Use Edible Flowers in the Kitchen
Ideas For Home
·
4.5 mins
Top 5 things on every friendsgiving dinner plate
Ideas For Home
·
5 mins
The 10 cookbooks you should be reading in 2022
Ideas For Home
·
9 mins
Dip Dip Hooray: Hummus Variations Across The Middle East
Course Specific
·
3 mins
Stay Connected
Thank you! Your submission has been received!
Oops! Something went wrong while submitting the form.
ABOUT US
About UsArticles
PROGRAMS
All ProgramsTeach on RassaRefer FriendsSuggest Program
SUPPORT
For BusinessesContact UsTerms of ServicePrivacy
Copyright © 2022 Rassa Technologies Limited