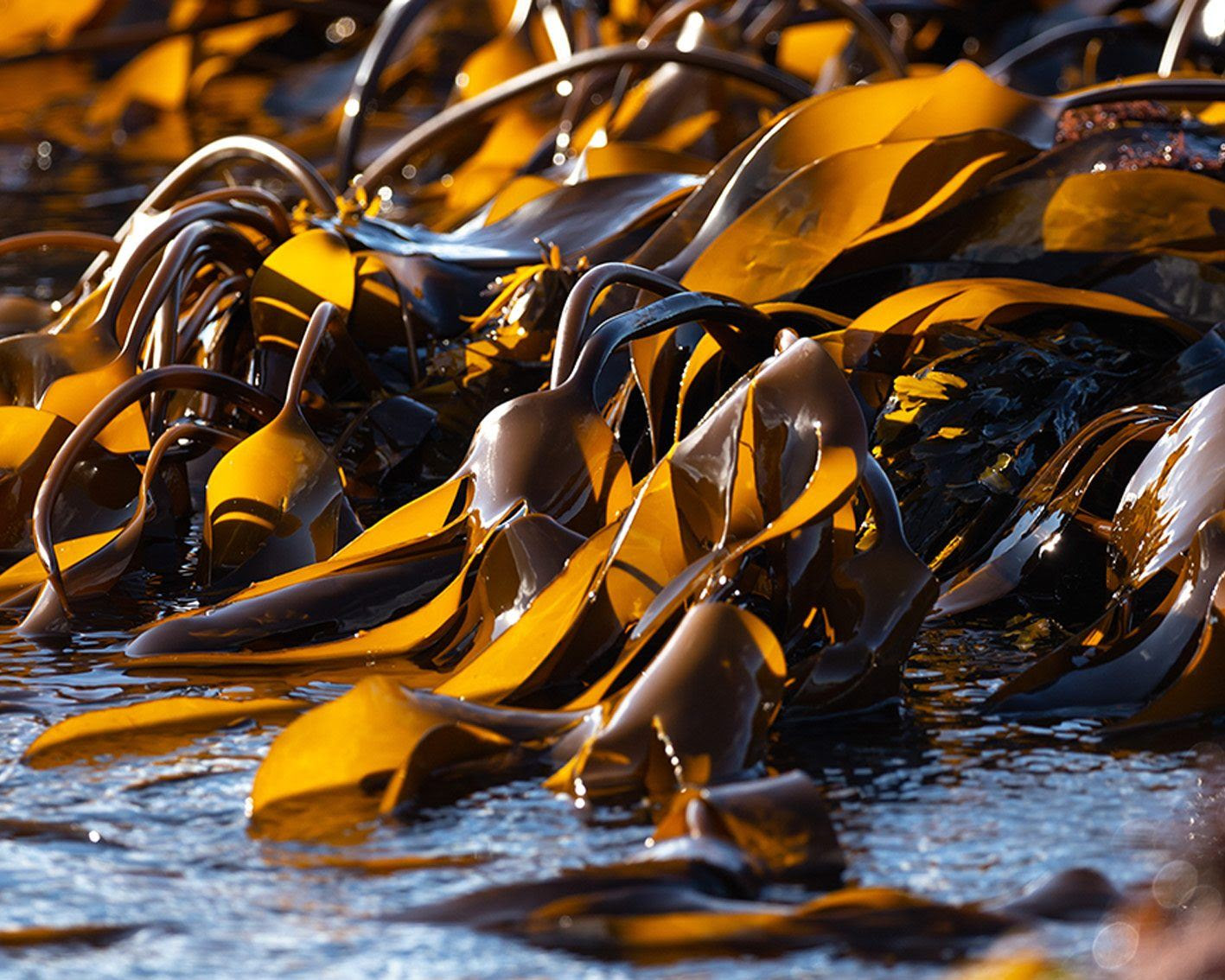 Ireland has incredible produce from its coasts, but beyond the Dublin bay prawns and Atlantic cod, Irish chefs are rediscovering a type of seafood that often goes overlooked.

In 1842, under the cover of darkness, a handful of men from the coastal village of Rush, county Dublin, took their horses and carts across the shallow estuary of the neighbouring bay in search of treasure.

Once they found what they were looking for, the men began filling their carts high with it. But before they could get away with the goods, local authorities caught wind and seized the midnight marauders, beginning a legal dispute that would rage in the courts for years.

The treasure in question?

As one of the most recognisable island nations in the world (come on, it's in the name), Ireland is marked by its wild coastline, marine history and bountiful seafood. But only recently have Irish chefs and home cooks begun to view seaweed with the same desire that their ancestors once did.

Shaking off its connotations of poverty, seaweed is fast returning to the status it had in the 19th century. While no court cases have happened just yet, demand is rising with the tide.

Foraging in the Famine

Ask anyone about Irish cuisine and you’ll most likely hear something about potatoes, and for good reason.

First introduced in the 16th Century, this Peruvian import grew well in the fertile Irish soil, and provided good sustenance for the relatively small amount of land used to grow it.

As farmers across the country were pushed onto smaller and smaller leaseholds with the ballooning population, many families had to survive on whatever they could grow on half an acre of land.

The poorest among them could just about survive on the potatoes they grew, but when a blight hit in the late 19th century, the combination of over reliance on a single crop and disinterest from the British landlords resulted in a famine that killed one million people, and caused a further two million to leave the country.

In the midst of the potato famine, people could no longer rely on their imported staple, so they began looking for other sources of nourishment - and all across the coastal regions of Ireland people started foraging for Seaweed.

Packed full of vitamins and minerals, Seaweed undoubtedly saved the lives of plenty who had seen it as a last resort, but once the famine was over, most returned to the diet they had known before the blight hit their green shores.‍

More than 600 different species of Seaweed grow on Irish shores, each with their own unique characteristics, textures and flavours.

On rocky outcrops, deep lagoons and shallow tide pools, these different varieties are all dependent on whether they grow above the tide, below it or somewhere in between.

Some types of seaweed are definitely harder to reach than others, but intrepid foragers have been more than willing to brave the cold Atlantic waters to source some dinner.

The most readily available varieties are Dilisk, Carrageen, kelp, sea spaghetti and sleabhac.

Commonly referred to as Dulse, this reddish brown variety has a smoky vegetal flavour and adds a salty kick to a raw salad, or can be cooked into a soup or stew. There is also a variant of this red algae known as pepper dulse, which also goes by the name ‘truffle of the sea’ due to its rarity and strong flavour.‍

This next type of seaweed is arguably the most eye catching, and the name says it all. Sea spaghetti is typically found on the lower shore and rock pools, and has a milder nuttier flavour than most Seaweed varieties. It dries well and when you rehydrate it in hot water, takes on the consistency of - you guessed it - cooked pasta!‍

Possibly better known by the Japanese name Nori, this seaweed grows in the mid tidal zone or (when we stop pretending we knew what that was) the area of coast that is uncovered at low tide, and covered at high tide. It has a salty umami flavour and is perfect when mixed into broths and soups.‍

This seaweed is one of the most protein rich varieties you can find and has a firmer texture than many of the others. Chefs have been known to use Kelp to flavour stocks because of its rich base flavours.

Irish chefs have long known about the abundance of fish and shellfish available just off their coastline, but with the exploding popularity of seaweed the flora might start getting just as much attention as the fauna.

Not only are these underwater plants tasty, they also have huge health benefits with many containing high levels of vitamins A, B and C, as well as good fatty acids.

So get your horse and cart ready, and someone keep lookout this time!

August 10, 2022
·
3.5 mins
Other Articles
Historic Baking: 1930's Biscuit Recipe
Ideas For Home
·
1.5 mins
What did people eat during WW2 Britain?
Food Cultures
·
4 mins
The Best Thing Since Sliced Bread: The Origin And Evolution Of The Sandwich
Food Cultures
·
3.5 mins
Rise and shine: Three different ways of leavening dough
Ideas For Home
·
4 mins
Putting on the perfect outdoor (Winter) dinner party
Ideas For Home
·
4 mins
Stay Connected
Thank you! Your submission has been received!
Oops! Something went wrong while submitting the form.
ABOUT US
About UsArticles
PROGRAMS
All ProgramsTeach on RassaRefer FriendsSuggest Program
SUPPORT
For BusinessesContact UsTerms of ServicePrivacy
Copyright © 2022 Rassa Technologies Limited