"I Couldn't Just Have A Seat At The Table, I Had To Own The Table": Alexander Smalls On His Appetite For Life

“I’ve always done too many things”, says Alexander Smalls, chef, writer and Grammy award winning opera singer, “but right now, if you said to me ‘I have this great idea’ I would say well... what is it? Maybe we can do this together!”

Now, this may sound like Alexander is easily persuaded, but in reality, it’s quite the opposite. He is the real persuader.

This is because if you hear him speak for five minutes, you cannot help but see the world, and all its boundless opportunities, from his point of view.

From the opera halls of Europe to the Gullah kitchens of South Carolina, Alexander has travelled the world without forgetting where he came from. And in this way, serves as an inspiration to anyone who has ever asked ‘why do one, when you can do both?’

"Our lives revolved around the conversation of food"‍

Born in Spartanburg, South Carolina, Alexander was raised by his whole family - flitting from his parents’ house, to his uncle and aunt’s, then onto his grandparents’. This close knit “triangle” was even situated around a garden planted by his grandfather, so he was never far from a meal or a relative.

This was a lesson that would go on to define Smalls’ life, although food was far from his only focus as a young man.

“My parents were grooming me to be a doctor, a lawyer, a professional” he recalls “just imagine their faces when I came home and announced that I was going to be an opera singer!”

Smalls’ introduction to music came largely through his aunt and uncle; a classical pianist and opera lover respectively. They had been involved with the Harlem renaissance, and the couple moved back south for Alexander’s birth - a true testament to the closeness of the family.

Precocious and headstrong, Alexander dreamt of a future for himself that was not immediately obvious to his family.

“You can just imagine a little black boy in the early 60s, running around a Southern town, singing in three different languages” he says “nobody that looked like us black people were opera singers”.

Luckily for Smalls, his family raised him with an ethos which is rare enough today, let alone in the 1960s.

“The greatest gift [my parents] ever gave me was that they never said no, they absolutely encouraged everything I ever wanted to do” he states, “do whatever, swing from the chandelier! Just be the best at it!”

"Music was the vehicle that took me around the world"

Alexander spent time singing in many of the great opera houses around the world, spending much of this time in Europe. But as a black man in a predominantly white profession, he often felt the weight of a system that was rigged against him.

Despite an impressive career (not to mention a shelf bowing under the weight of both a Grammy and Tony award), Smalls’ appetite was larger than what the archaic world of opera was willing to feed him.

“It’s very difficult to matriculate in a profession that has no place for you”, he says, “I hit the glass ceiling”.

Alexander recalls the realisation he had at the time, “I was not going to be the opera singer I wanted for myself. I couldn't own an opera house, but I could own a restaurant”

These two dreams would have appeared disparate to many. Yet no matter where Smalls’ musical career took him, another passion was always waiting in the wings.

“I travelled all over the world and whether it was Paris or Dakar, I was always looking for my identity - and I was looking for myself in everything I ate”.

It wasn’t until the 90s that Alexander fully understood where his path was leading him.

“Music was essentially the vehicle that took me around the world… to get me out of a small town, but... Food. Entertainment. Hospitality. These were the things that nurtured and cured my soul!”

"Somebody has to be the first, right?"

“My mother used to say ‘I worry about this boy because he doesn’t have sense enough to know what he doesn’t know’”, and many would have agreed with her, hearing the plan Smalls had upon leaving the world of opera.

Propped up by status, celebrity and slush funds, New York City in the 1990’s was one of the world’s biggest culinary hubs. The competition was fierce within the world of fine dining, and this was not a field where the tallest poppy lasted very long above the rest.

But amongst all the bravado and bluster of the city, Smalls’ chandelier-swinging attitude shone through when he opened his first restaurant, Café Beulah.

“No one told me I couldn’t open a restaurant or that I may not have the credentials” he laughs, “So I opened the first African American fine dining restaurant concept in the city, specialising in Low Country cooking”.

Originating on the Atlantic coast of South Carolina, Low Country or Gullah cuisine dates back to the first African Americans to arrive in the United States during the transatlantic slave trade.

These people from modern Sierra Leone, Liberia and Angola (to name but a few) brought with them a cuisine predominantly focused on rice, seafood, vegetables and spices.

To this day, African influences are clearly visible in both Low Country and Creole cuisine. For instance many characteristics of the West African rice dishes such as Thieboudienne and Jollof can be found in Gullah rice.

Often dismissed out of hand as simple and unrefined, Low Country food had never even been considered by much of the blinkered world of fine dining.

“No one had seen anything that was an African American concept, with fine linens, presentation and a narrative that spoke to the heart and soul of who African Americans were.”

However, Café Beulah was just the beginning of this new journey, as Alexander came to realise, he had only uncovered part of the narrative he wanted to share through food.

For many at the time, African American cuisine was largely seen as Soul food. While delicious, this “comfort food” was often rich and relatively unhealthy, and became known as the only real representation of African Americans in the culinary world.

“I felt a duty and responsibility to essentially reposition the African American culinary expression” he says.

In the wake of 9/11, Alexander took a hiatus from the kitchen and returned to the road. This time setting about on a journey of discovery.

“I got the idea to follow the Atlantic Slave trade”, he says.

Visiting different cultures around the world, Smalls went searching for the stories that he felt weren’t being told. Far from being contained within Africa, North America and Europe, the African slave trade truly spanned the globe.

“I got the idea to go to the Indian ocean and Eastern Asian slave trade [routes], to understand Africa’s footprint on five continents.”

When he returned to New York, Smalls translated this message into the language he knew best: food.

Opening his restaurants Cecil and Minton’s in 2014, Smalls showcased his concept that came to be known as Afro-Asian-American cooking to huge acclaim.

This tasteful chord of geographical, historical and culinary notes is a harmony that could only be pulled off by someone with a virtuosic touch. But after half a decade since they opened their doors to the public, Smalls has had time to look back and reflect.

In the end, music and food were never distinct parts of Smalls’ character. Rather, they were both nourished by the same pool of memory and creativity.

“A dear friend would say of me that I cook like a Jazz musician… these two conversations are ones I’ve had all my life.” 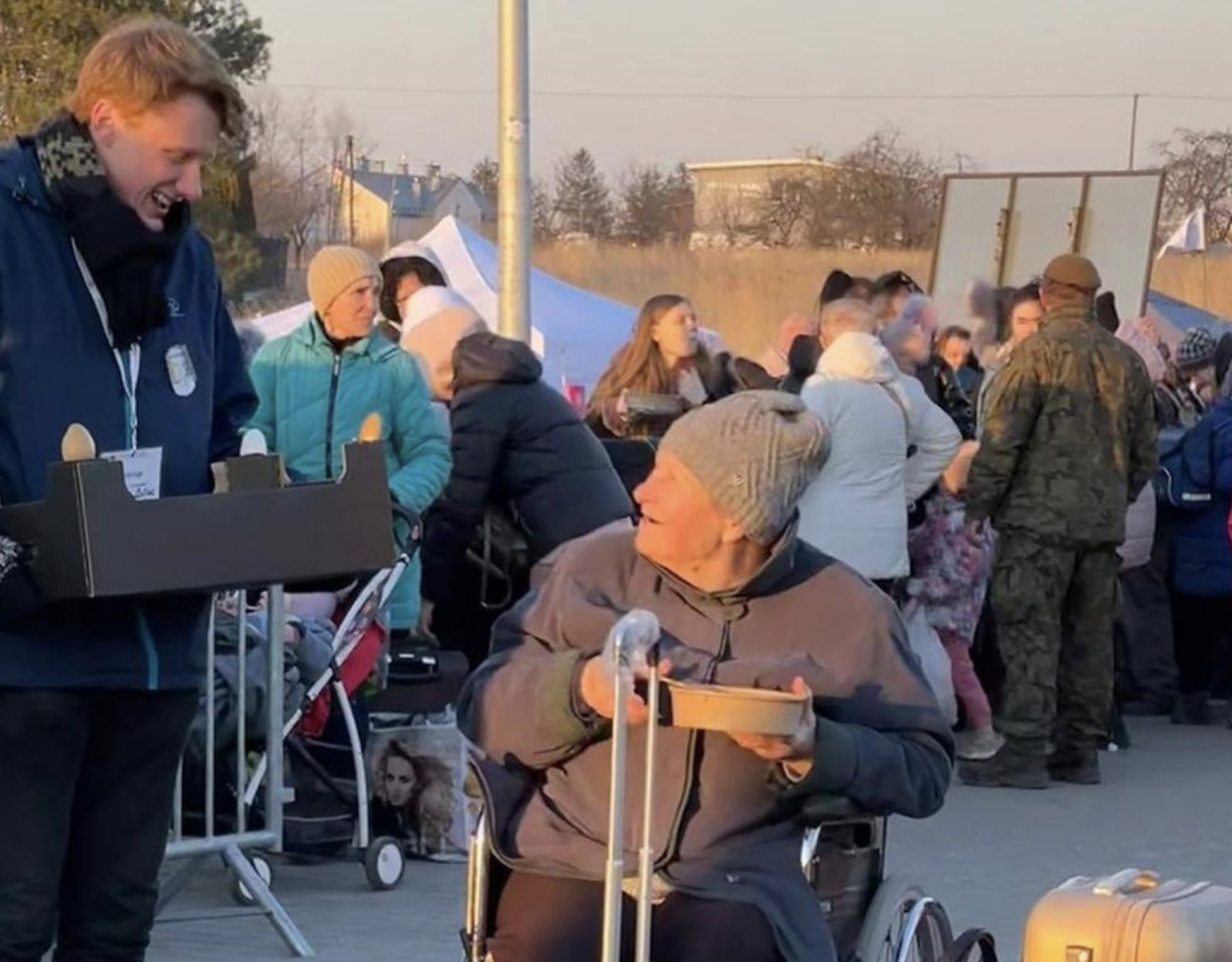 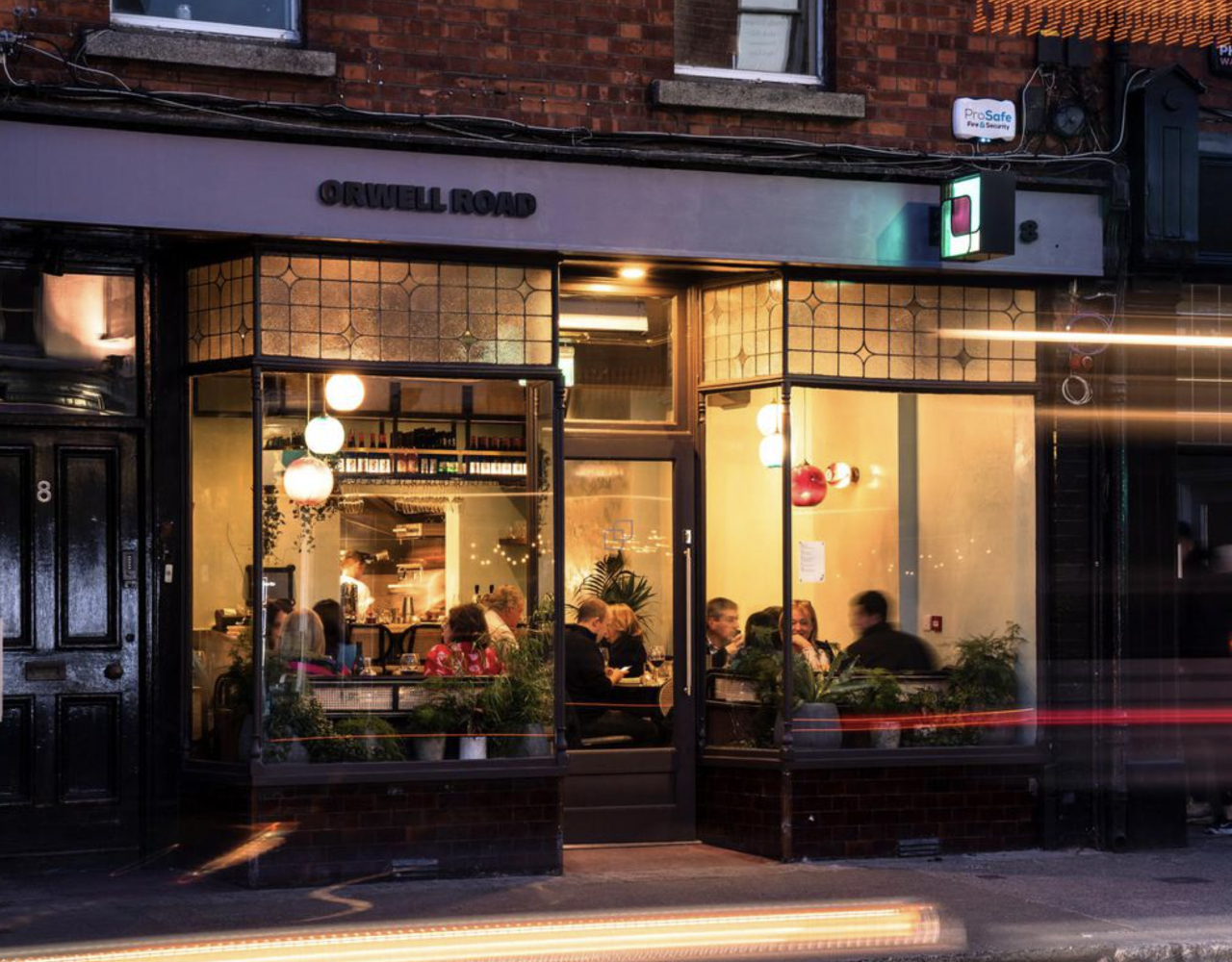 April 8, 2022
·
5 mins
Other Articles
A Golden Opportunity for Peace: Sindyanna of Galilee
Food Cultures
·
2 mins
What exactly is Intuitive Cooking?
Techniques
·
6 mins
The 10 cookbooks you should be reading in 2022
Ideas For Home
·
9 mins
What is 'Israeli food'?
Course Specific
·
4.5 mins
Putting on the perfect outdoor (Winter) dinner party
Ideas For Home
·
4 mins
Stay Connected
Thank you! Your submission has been received!
Oops! Something went wrong while submitting the form.
ABOUT US
About UsArticles
PROGRAMS
All ProgramsTeach on RassaRefer FriendsSuggest Program
SUPPORT
For BusinessesContact UsTerms of ServicePrivacy
Copyright © 2022 Rassa Technologies Limited