Kare-kare: The Philippine curry with a confused past 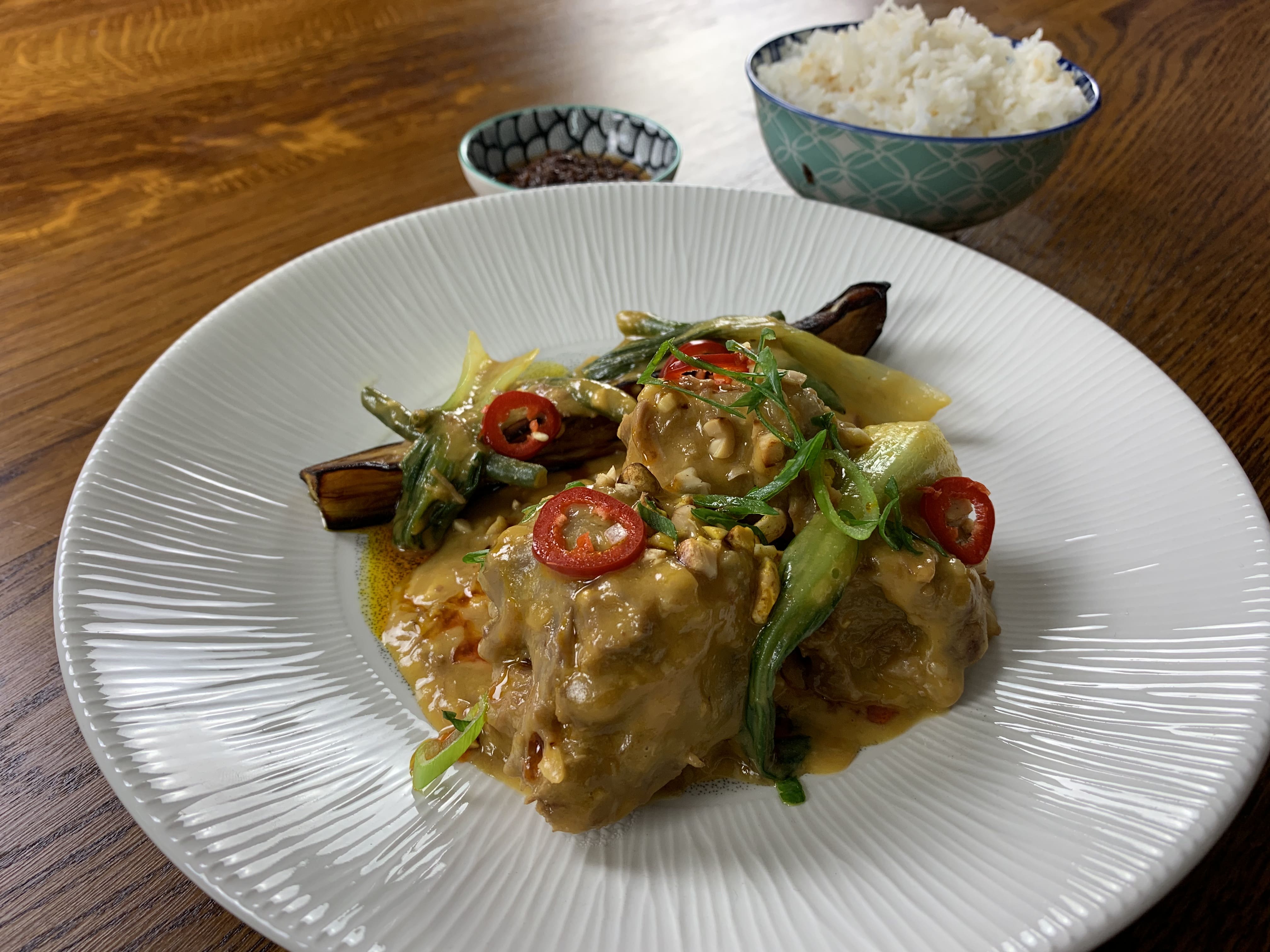 Kare-kare is one of the most ubiquitous dishes in the Philippines — whether you are in Luzon, Visayas, or Mindanao, it’s almost certain that you’ll find this creamy orange-hued stew on any restaurant and street eatery menu.

In typical Filipino homes, whipping up kare-kare is reserved for special occasions like birthdays and fiestas. Considering its laborious cooking process of tenderising different cuts of beef, from oxtail and shank to less popular parts such as tripe and intestines, before all else, kare-kare can take half a day to prepare.

Kare-kare’s distinctive colour comes from cooking achiote seeds in oil, releasing its natural red dye called annatto, while its velvety sauce is thanks to natural thickening ingredients like toasted ground rice and peanuts. With the rise of jarred peanut butter over the years, many Filipinos now prefer to use this ingredient in lieu of whole peanuts to save time and effort. It’s also no surprise that a lot of people favour peanut butter over the other — for one, peanut butter makes the sauce creamier, richer, and a bit sweeter. For extra texture, people would also use crushed, toasted peanuts for garnish.

Traditionally served with veggies like eggplant, string beans, banana blossoms, and pak choi, kare-kare is not complete without bagoong (“bah-goh-ong”), a punchy and salty condiment made of sautéed fermented fish paste. Together, kare-kare and bagoong is a classic Filipino food combination that’s hard to beat.

Kare-kare’s nutty flavour and copious peanut butter usage might remind you of similar dishes in neighbouring Malaysia and Indonesia like satay and gado-gado. Coincidence? This striking resemblance has led some historians to believe that some of the first pre-colonial settlers in the Philippines known as the Moro people might have introduced kare-kare to the country.

Also called Bangsamoro people, they are Islamic groups consisting of traders and missionaries from Indonesia, Malaysia, and Brunei. The fact that kare-kare is not just a popular dish in Luzon, but also in the Philippines’ southern provinces like Sulu and Tawi-tawi, only strengthens this claim.

However, some historians would disagree and argue that the dish actually originated in Pampanga, a province only a few miles north of Manila. After all, Pampanga is the culinary capital of the Philippines and it would make perfect sense for some people...especially the Kapamgpangans who are known to come up with umami-laden and deeply savoury meals.

In spite of that, there are also accounts that say that the aforementioned Moro people also traveled far and wide across the archipelago and brought the dish to the province. Pampanga called their innovative adaptation “kari.”

Pampanga’s original kari is said to be quite similar to Sri Lankan and Thai curries because of the presence of herbs and spices like turmeric, lemongrass, ginger, and safflower. When some Kapampangans moved to Manila for business, they wanted to replicate the kari they usually had at home but it was too difficult to source its key ingredients like saffron, so they used annatto instead. The dish and its name eventually evolved into what we now know as kare-kare, which means “it’s kari, but it’s not kari.” This kind of word repetition is used in Malay to describe something as an imitation of another thing.

British colonists, along with their Indian army men called sepoys, have also played a role in shaping kare-kare’s confused past during their brief occupation. According to other accounts, a number of sepoys eventually settled in the Philippines, bringing their own cuisine with them and improvising their “kaari” with whatever ingredient is available.

Today, despite which origin path you choose to take, kare-kare is still as well-loved as ever and known all over the world through the Philippine diaspora, adapting with varying geographies and having countless contemporary iterations.