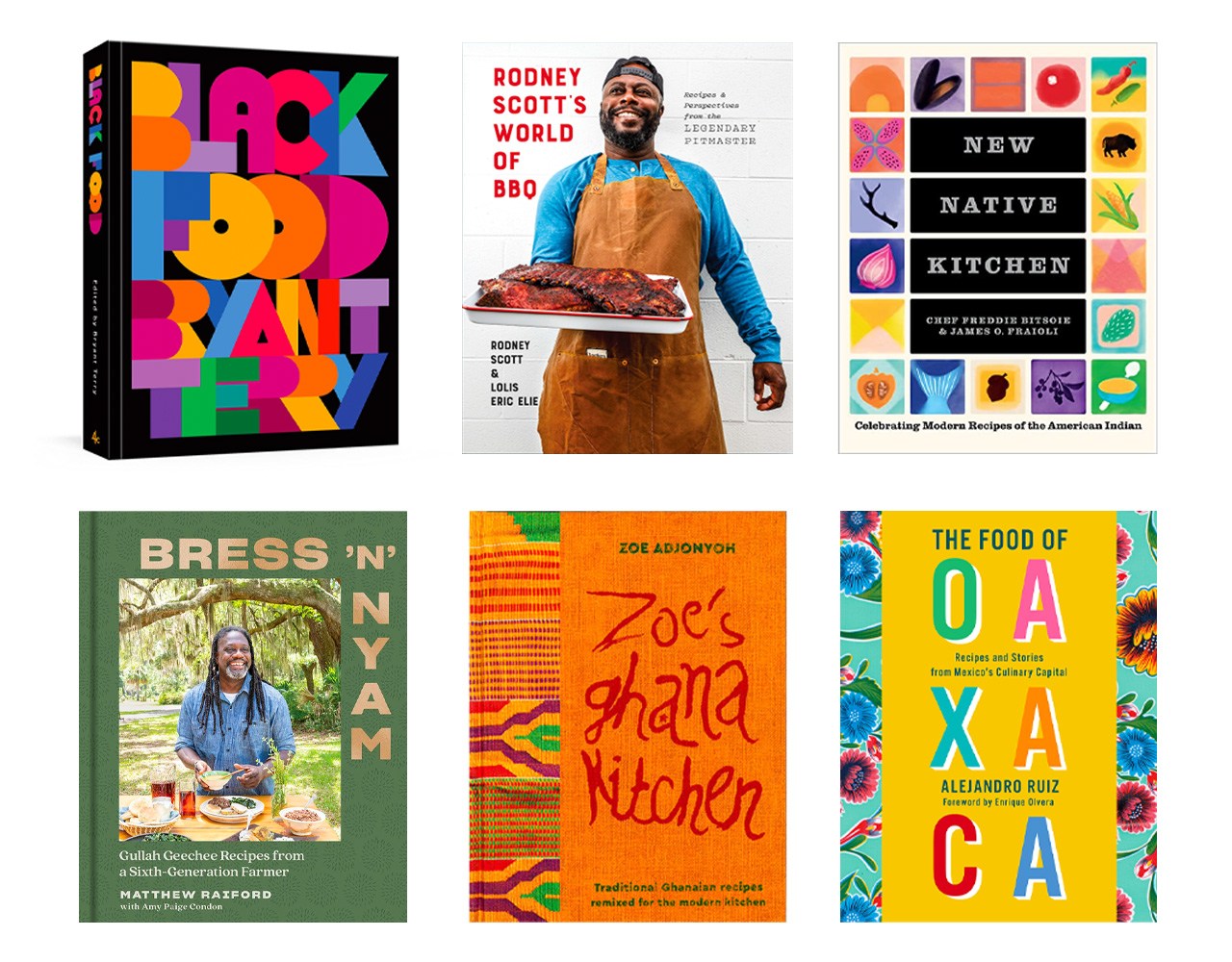 Every year we’re spoiled by the incredible level of quality cookbooks released by some of the best chefs around the world, sharing some of their creations with us. With Christmas quickly approaching, and people more interested in cooking than ever, we’ve put together our list of the top-10 cookbooks that you should be reading in 2022. From recognising some of the biggest and best upcoming chefs, to exploring the foodways of the African diaspora - these books will keep any foodie busy.

Okay - so not a ‘typical’ cookbook as you might know, but this book brings together twenty of the best chefs and culinary leaders from the world, and allows them to name five emerging chefs that they think you should know - leaving you with 100 of the best and brightest chefs that you can expect to see in a restaurant near you soon. On top of the profiles of each chef, and the incredible photography of the restaurants and food, are nearly 300 recipes from the chefs that have been featured - which in our opinion - is a perfect way to get a feel for what might be the next big thing when it comes to food.

One of the world’s greatest pitmasters, Rodney Scott is spilling his saucy secrets in his first ever cookbook. Regardless of whether you’re a professional pitmaster or are just starting out, this book shows you how to build your very own pit, before taking you on a journey of his favourite recipes - from smoked chicken wings to barbecue spare ribs. At the same time though, Rodney takes you on a journey through his life, sharing some of the more unique and lesser-known stories and experiences he’s been through throughout his career. If you’re an aspiring pitmaster, this is a must for you.

Chef and 6th generation farmer Matthew Raiford dives into the history of the Gullah Geechee people, descendants of enslaved Africans who came together from the Carolinas to Georgia and Florida and created incredible food. Matthew pays homage to the cuisine that has fed his family for generations, and traces a history of community and family that has been brought together by food. You can expect to find a range of soul-soothing recipes like hot buttermilk biscuits and Gullah fish stew. This book is an absolute must for anyone looking to better understand how the Gullah Geechee have influenced food right the way across the US.

While the Nordics have produced arguably some of the best chefs in the world, Iceland is a country that’s often pushed to one side to make space for its more ‘glamorous’ Scandinavian cousins. But family-owned restaurant Slippurinn aims to be inspired heavily by its surrounding environment, including the Eldfell volcano eruption in 1973 that’s likely changed the landscape forever. Gísli went on to create a menu that respects local traditions while pushing the boundaries of contemporary cuisine, and this first book, reflects his extensive research into the traditional Icelandic dishes enjoyed by locals and international foodies. If you’re a fan of Nordic cooking, or plan to one day visit Iceland - this is a book for you.

Black Food is so much more than a cookbook. Yes there are recipes, but there are also history lessons, essays, illustrations and poetry - all centered around Black innovation in the culinary world. Bryant captures the voices of the African Diaspora through the medium of food - with contributions from more than 100 Black leaders from around the world - and explores different parts of the Black experience, from Homeland to Migration, Spirituality to Black Future. In this book, you can expect to explore how food, experience and community are all interwoven, and feels like an exciting celebration of Black culture. From crispy cassava skillet cakes by Yewande Komolafe to sweet potato pie from Jenné Claiborne, it’s a book that any foodie should have to hand and is a must buy.

Falastin is the closest thing to a love letter to Palestine, and brings us over 100 recipes and stories from Sami Tamimi - a co-author on many of Ottolenghi’s cookbooks. Sami and Tara take you right the way through Nablus, Haifa, Nazareth, Galilee and the West Bank, helping you discover Sami’s homeland and the stories that come with it. With such a diverse landscape comes a diverse palette of spices and foods, and the foods presented in this book blend traditional recipes with more modern ones. Levantine food has been popular for the last few years, but this book gives you a hands-on experience of Palestinian food, as well as the voices and people behind each of the dishes presented.

Unfortunately - Indigenous cooking has largely been ignored until recently, when cooks outside of the community have begun to explore the foods cooked by indigenous peoples. Freddie Bitsoie though, a longtime chef and member of the Navajo Nation has been an advocate for indigenous cooking for a long time - having led the kitchen at the Smithsonian in D.C. Written alongside Fraioli, this book aims to help promote the importance of indigenous cooking - and the differences that exist between different indigenous communities. As Bitsoie writes himself ‘Referring to all indigenous peoples, or their foods, as one homogenous group, is like saying there’s no difference between Spanish tapas and French hors d’oeuvres. In this book, you’ll find a real range of recipes, from roasted duck with summer berries, to a three sisters bean soup - along with introductions to the differences between each tribal nation - from Muscogee to Chumash peoples.

The Ottolenghi test kitchen team spend hours working on new recipes, and creating approachable dishes with an ‘Ottolenghi’ twist. This book is perfect for the person that spends hours staring into the fridge, desperately looking for inspiration based on the ingredients that they’ve got left - from the bag of frozen peas to last night's sausages. It’s a book that’s all about helping us feed ourselves better, with less stress, and less fuss, but with the quality of an Ottolenghi meal. Similar to how we teach you how to think like a chef on each of our courses, this book gives you the first steps to doing the same thing - it’s a book that’s made to be written over, and developed upon as you go. For the budding chefs and home-cooks looking to create their own recipes - this is for you (along with one of our courses of course)!

Exploring the foodways of the African diaspora - in what Zoe describes as ‘the last frontier of food’. Zoe identifies that African food has been largely overlooked by mainstream food media until more recently - and she’s taken that opportunity to help people discover Ghanaian cooking and it’s influence around the world. Given that many of the ingredients in the book are hard to find, Zoe has also put together an online store, where you can order some of those more difficult to find ingredients as you cook your way through the book.

10. The Food Of Oaxaca - Alejandro Ruiz

Acclaimed chef Alejandro Ruiz shares over 50 recipes that are both traditional and contemporary - highlighting the cuisine of Oaxaca. This book is divided into three parts, covering the classic dishes, the coastal dishes, and the dishes that Ruiz himself shares with his customers via his restaurant, Casa Oaxaca. From making your own tortillas, to preparing and serving tamales, there’s something in here for anyone that’s excited to take a dive into Oaxacan cooking and it’s wider influence on Mexican cuisine. Ruiz also includes essays on the dishes, ingredients, traditions and tools/ingredients, to help immerse you in the culinary traditions of Oaxacan food - making it perfect for someone exploring food from the region, or considering travelling there in the near future.

Overall, these books should give you a genuine insight into some of the food trends that we might see in 2022, but many of them will challenge you to think differently about how you cook, and what you cook on a more regular basis. 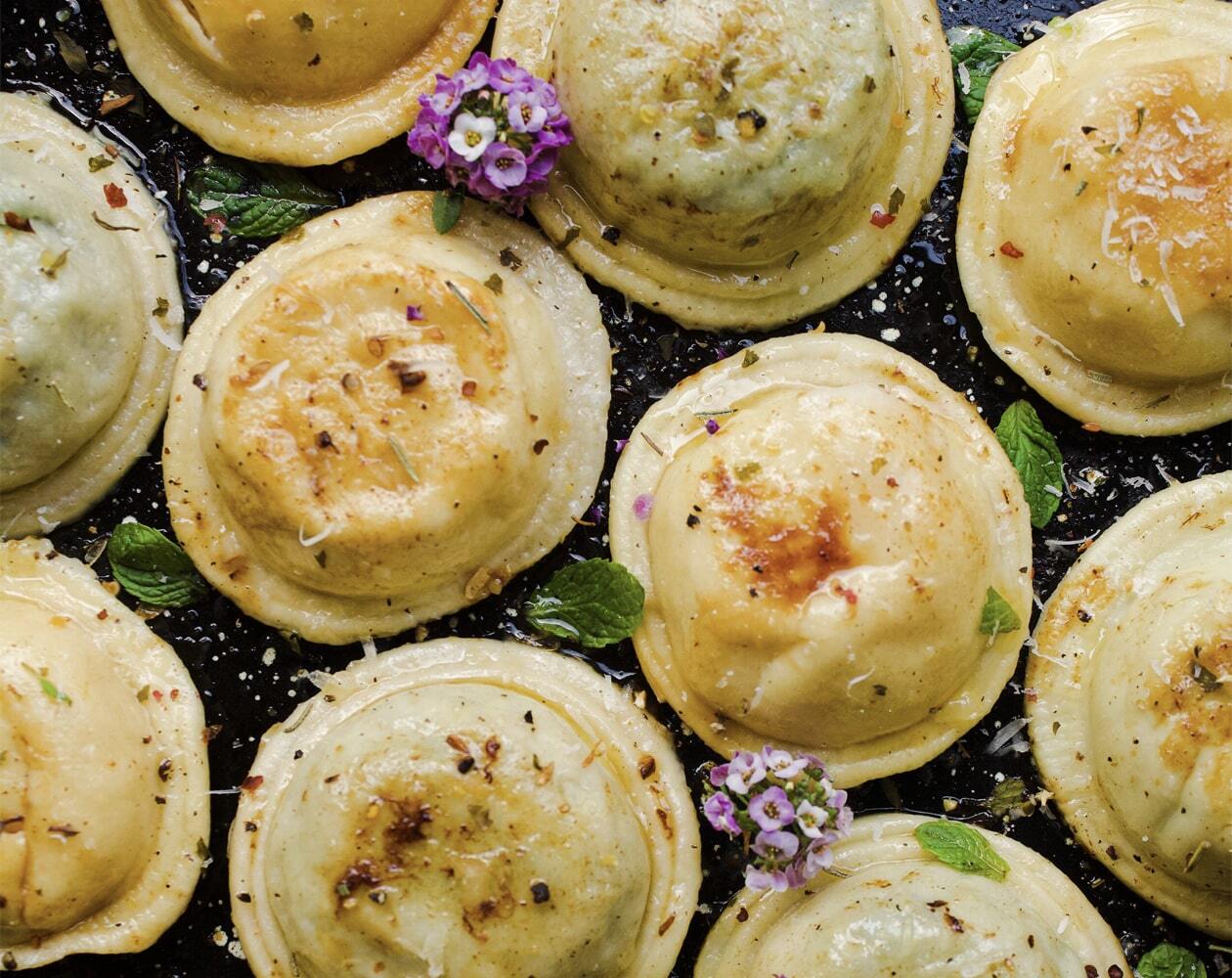 How to Use Edible Flowers in the Kitchen 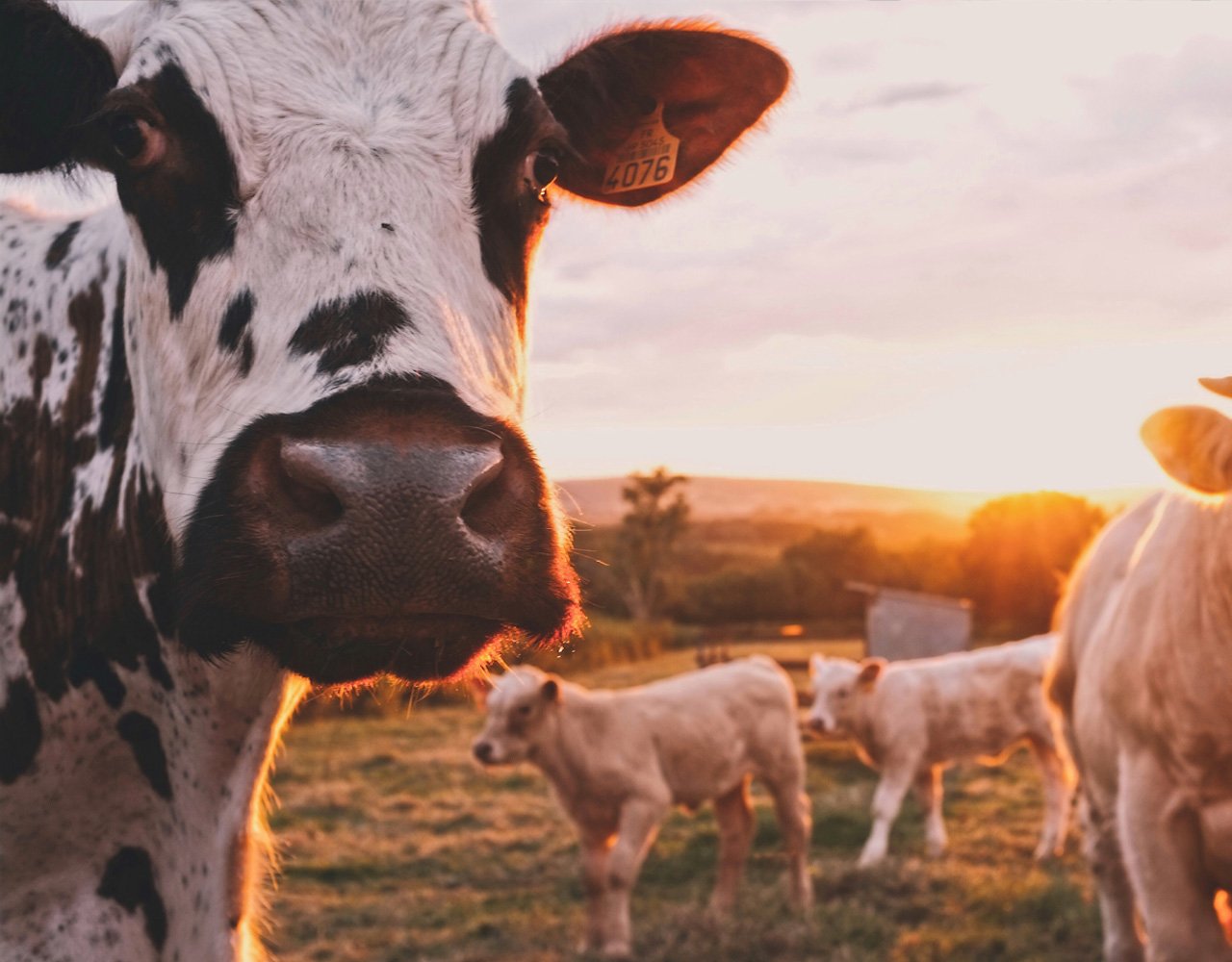 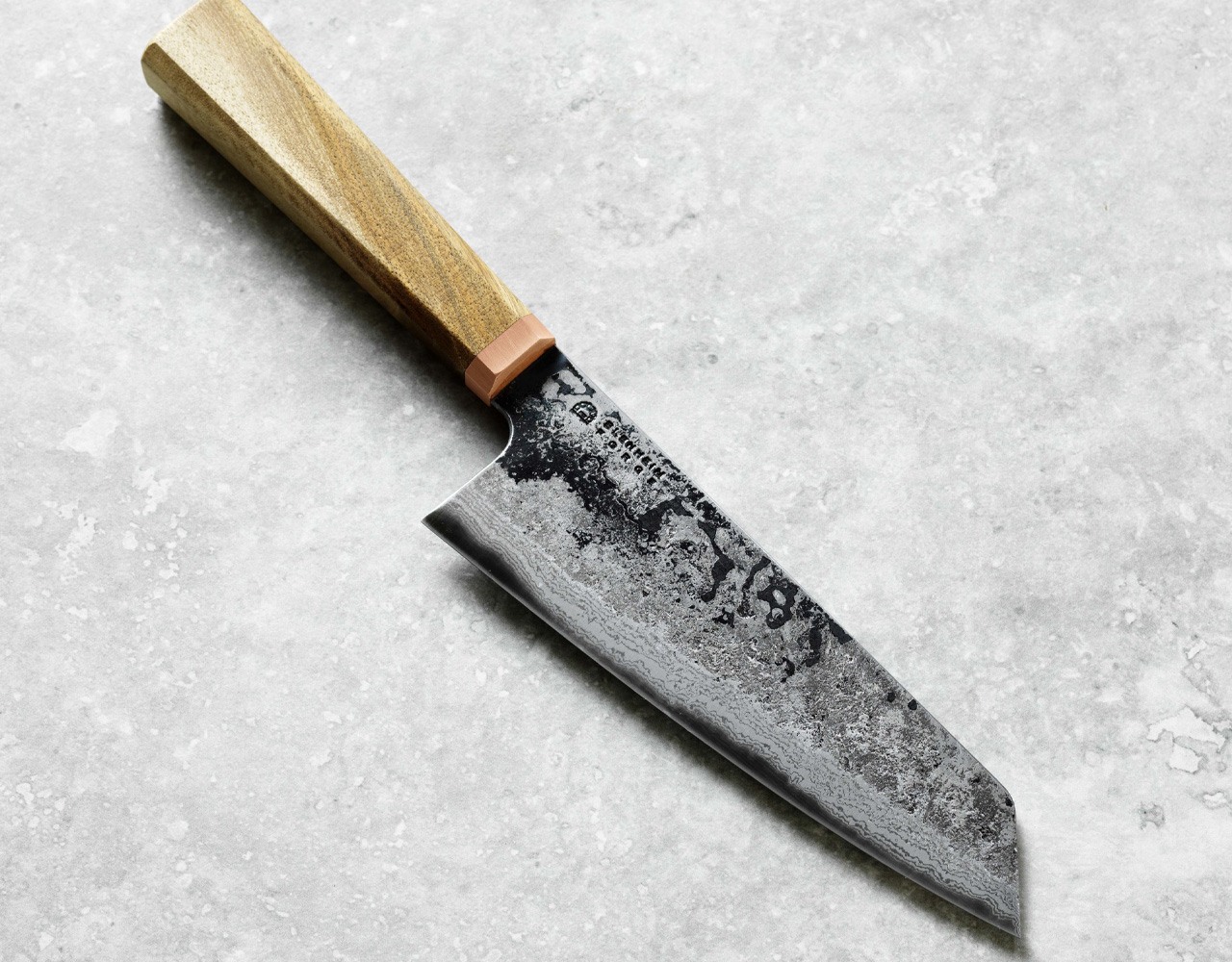 Santoku knives: a brief history and how to find the best knife for you