Why adobo is the most-talked about Filipino dish right now 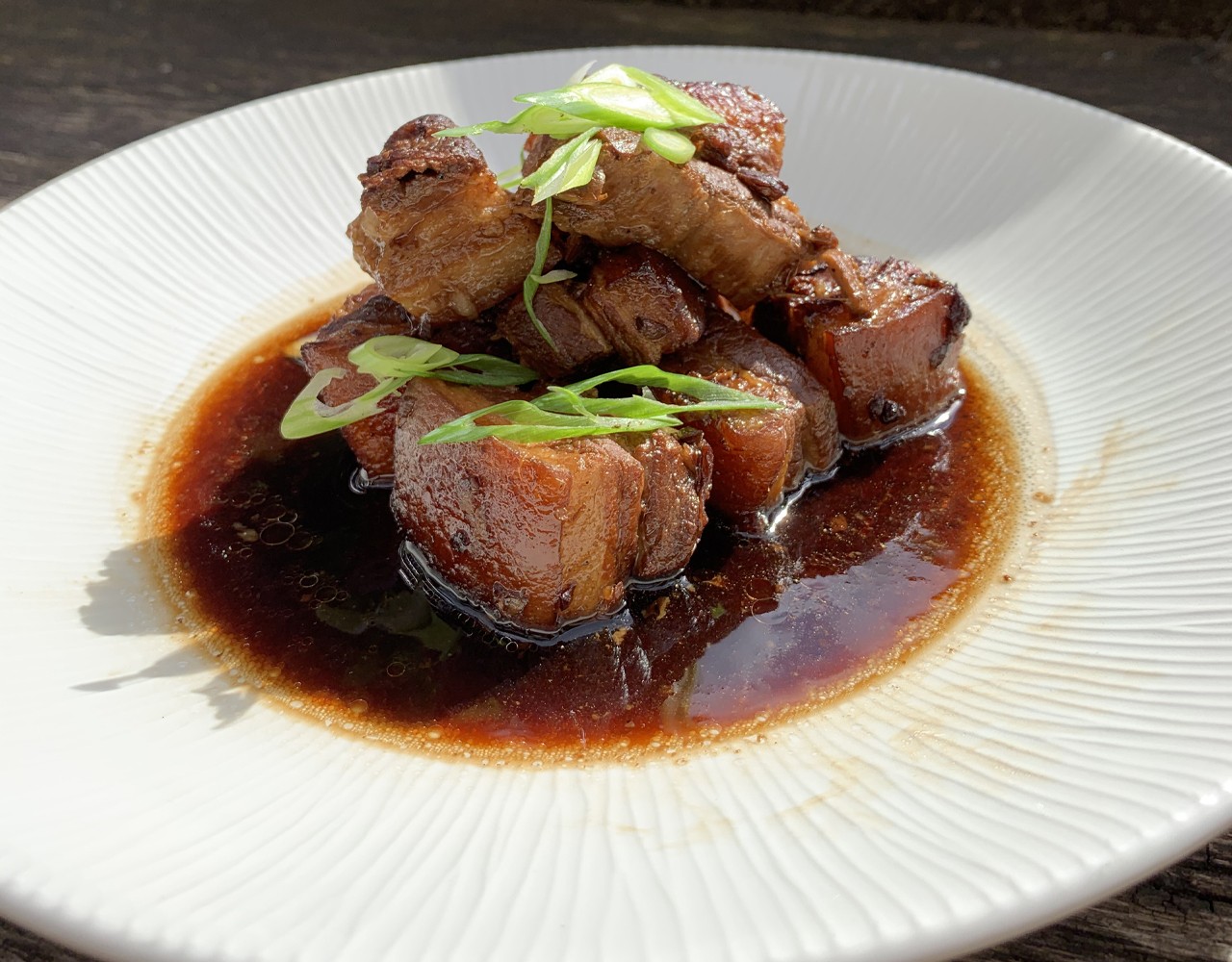 There’s no doubt that adobo is a mainstay in Philippine cuisine — thanks to its complex flavours rooted from a simple vinegar-braised method, it’s one of the most well-known gateway dishes that introduces foreigners to the curious and nuanced world of Filipino food. After all, adobo is a proud Filipino original that was created before colonial times, despite its very Spanish name.

Adobo is a vessel of varying interpretations just like any other dish such as carbonara, jollof rice, or ramen. Ask any Filipino and they probably have a secret personalised adobo recipe up their sleeve.

Want it sweet rather than tangy? Add more onions or brown sugar. Want to emphasise the sour notes? There are many ways to do this. For one, you can increase the vinegar-to-soy sauce ratio. Or you can add a dash of vinegar towards the end of cooking. Using a different kind of vinegar, something that packs more punch, also helps. There is no single way of doing adobo—heck, you can practically “adobo” anything. Even vegetables.

More than a recipe, adobo is a cooking technique. To “adobo” something means to cook it in vinegar and aromatics. Perhaps the most classic and popular interpretation of adobo is to soak pork or chicken in a brine of vinegar, soy sauce, peppercorns, garlic, and bay leaves and braise it in the same marinade.

In July 2021, a Philippine technical committee was created to develop national standards for famous Filipino dishes like adobo, sisig, sinigang, and lechon. They said they established the committee to help market the cuisine on a global stage.

“Obviously, this is not a mandatory standard because there are thousands or millions of different ‘lutong adobo.’ The attempt is to define what we will promote internationally and not [redefine] what adobo is to different people now,” the committee explained in an official statement.

However, critics argue that a committee cannot simply baseline a dish as Filipino recipes differ from region to region and standardising isn’t the only way to promote the dish abroad. The Philippines is an archipelago made up of more than 7,000 islands—many believe that there is strength in diversity, whether it is through dialects, skin colour, or regional food.

Some questions to ponder on are: Will standardising adobo’s recipe deem minority (or non-”traditional”) recipes inauthentic or less? With the thousands, even millions, of adobo recipes spread across the Philippine diaspora, how will the official committee choose a “standard” recipe?

While both parties haven’t settled on an agreement as of yet, perhaps it’s safe to say for now that wherever you are in the world, whatever adobo recipe you follow, adobo is adobo. And the only adobo recipe that matters is what you keep safe in your back pocket at all times.