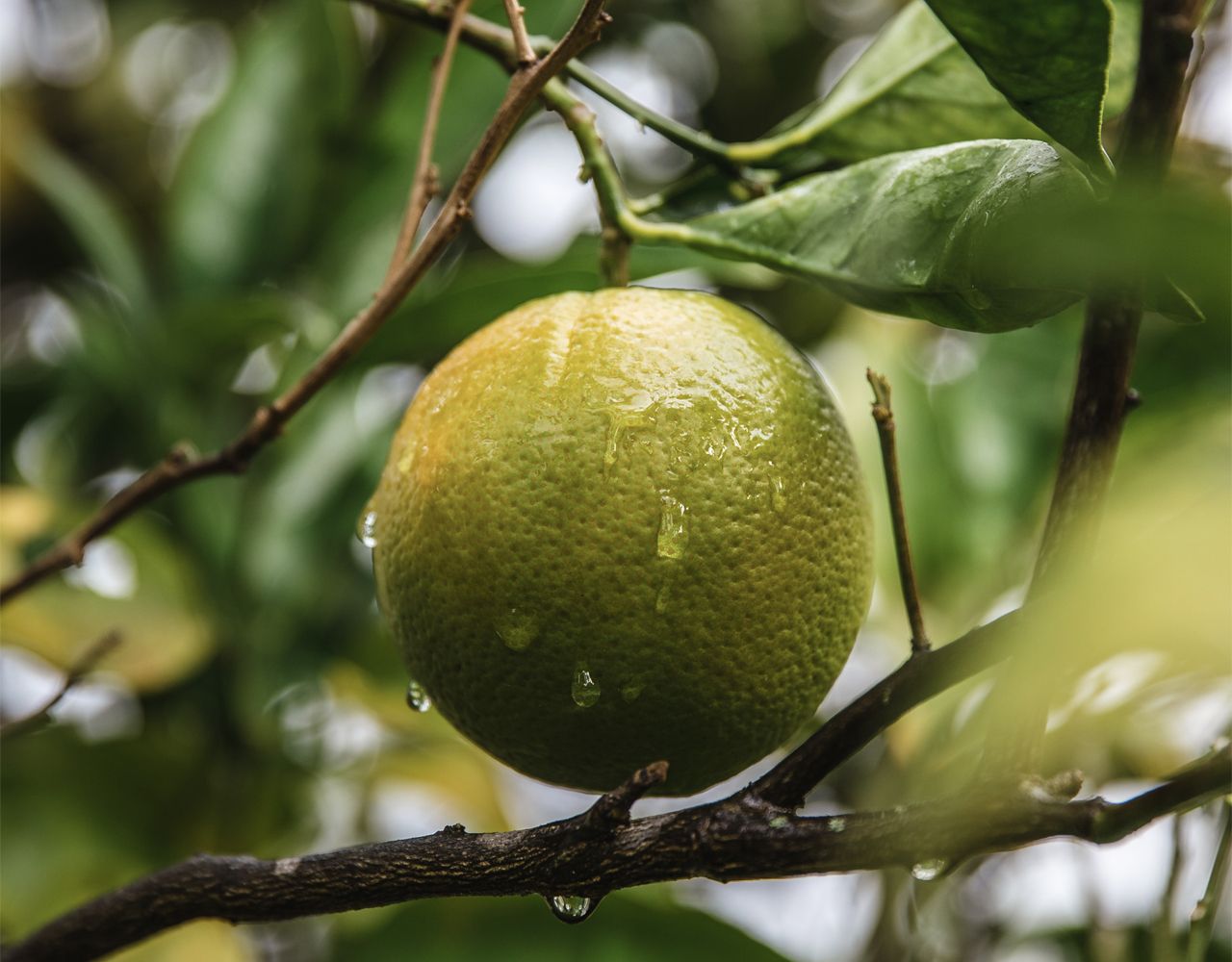 The Science of Souring

What is the science behind souring? Cuisines across the world have found distinct purposes for sourness, from cutting through fat, cleansing the palette and preservation. 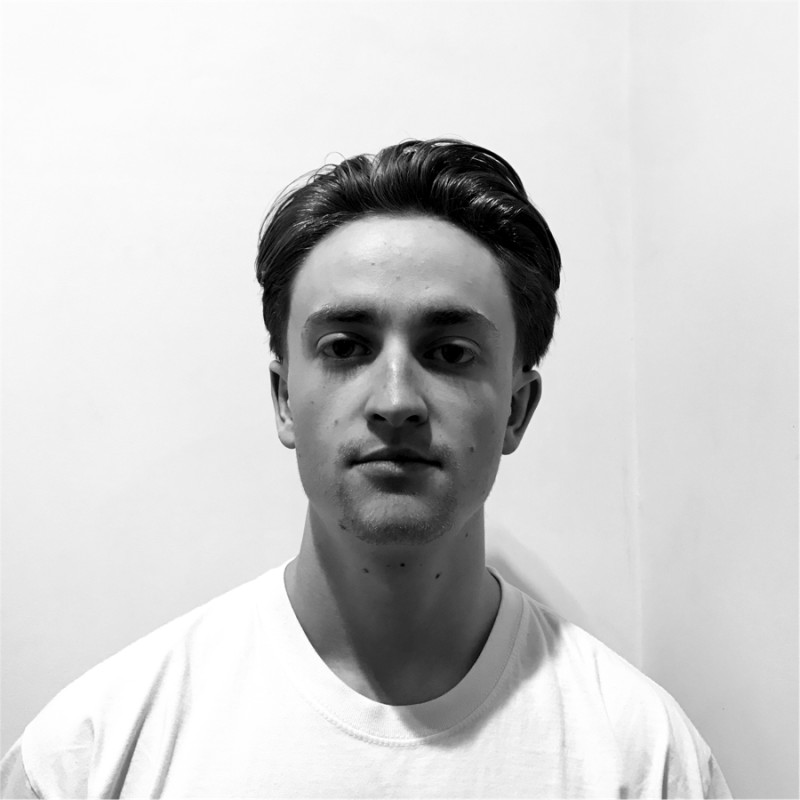 You never hear someone refer to themself as a ‘Sour Tooth’ but ask any chef - the way we use acid in cooking is just as important as sweetness, saltiness or any of the other flavours. Cuisines across the world have found distinct purposes for sourness, from cutting through fat and creaminess in France, to cleansing your palate before another bite of hummus in the middle east. But that is only part of the story. As we look back in time, acids were often used to chemically preserve ingredients and prevent spoilage. However, when we take the Philippines as an example, sourness has taken on a whole new meaning and arguably become one of the main flavours on any Manilan menu. Depending on the season the degree of tang changes. Many in the country think a warm bowl of soured soup whets the appetite and keeps the body cool.

Firstly, let’s turn our attention to some of the key recipes in Filipino cuisine that have made their name for being sour and the souring agent that is used in these tangy dishes.

This is a staple recipe of the Philippines. Loved by all, this broth is soured with Tamarind (either powdered or extract), and served with an array of vegetables and a protein of choice.

Much like ceviche, this raw fish dish is cured in vinegar (typically cane or coconut). The cubed fish is then left to cure and the enzymes denature. Vinegar is typically the primary souring agent but often cooks and chefs alike will add other ingredients such as Calamansi or tamarind to lighten and give freshness to the recipe - but keeping the acidity that makes this dish famous.

A braised dish usually made with pork, made by mixing vinegar and soy sauce together and then cooking the cuts of meat for an extended period of time. Along with plenty of garlic, a variety of vinegars can be used from coconut to cane - this is one of the most iconic dishes in the Philippines and best-served family style.

These are just 3 sour dishes in the Philippines that take their prominent flavours from a souring ingredient, whether a citrus ingredient or vinegar, they all have a place in the Filipino home.

Now let’s turn our attention to some of these ingredients that feature across your specialist box and delve deeper into how they are made or grown, why they became so popular and also exactly how they affect our bodies.

Often used as a way to sterilize and preserve food, vinegar truly is an ancient ingredient. Vinegar has been in use since roughly 4000bc - made from early forms of wine or cider, the communities would flavour the vinegar with herbs and spices to then pickle vegetables and meat.

A process used by our ancient ancestors known as ‘pour and wait’ consisted of filling a vessel with the base (wine, beer or any other alcohol) and leaving it until the alcohol turn to acid.

This was an unpredictable method and quickly became obsolete with the introduction of a method that aerated the liquid by regular pouring through a bed of grapevine twigs.

This is the simplest method of vinegar production. Wood barrels are partly filled with diluted wine which is inoculated with a mother (a biofilm of bacteria), it is then left to ferment. Over time some vinegar is poured out and new wine is added and then left for the acetic acid to be created.

Acetic acid contributes two different elements to our food. One is the tartness on the tongue and the second is the strong smell or pungent aroma which is heightened further when heated.

This is an incredibly common vinegar in the Philippines due to the high yield from a small amount of sugar cane that is needed. The two types that are typically made are Sukang maasim, a white cane vinegar, and then Sukang Iloco which is made by fermentation of an alcoholic beverage called basi.

The white vinegar is best for marinades or pickling and the Sukang IIoco is typically used for condiments or serving alongside other dishes.

Nipa palm vinegar is made near Bulacan. As you will see with Gene Gonzalez it's a laborious process to make, from manually tapping the stalk of the plant (40 times). This is a living vinegar and as it sits and ferments it becomes increasingly sour.

Over time Filipino chefs developed ideas on how best to use vinegar in their cookery. Served with a variety of different dishes - from braised to marinated, it has become a key ingredient that helps set the cuisine apart from any other.

Simply put, the form of the tamarind is a fibrous, sticky, and incredibly sour pulp that surrounds the seeds in the pod. Originally native to Africa and Madagascar, the pulp is around 20% acid (mainly tartaric) 30-50% sugars and 30% moisture.

Tamarind's flavour intensifies over time due to a browning reaction that happens when in the sunlight whilst attached to the tree. To extract tamarind, soak the entire pod in water for a few minutes and then squeeze the fibrous mass before straining the flavoured water.

This small citrus fruit is almost like a cross between a lime and a lemon and one of the key ingredients that sets Filipino cookery apart from the rest of Asia - with its sour flavour. Used to adorn a bowl of Arroz Caldo or to freshen the marinade in a Kinilaw. With 8 segments and a high yield of fruits all year round (peak season is August to October). This small little fruit has become increasingly popular in a variety of dishes, from savoury to sweet - for a tiny fruit it pacts a citric punch!

The Philippines is full of sour fruits that don’t just belong to the citrus family. People often tuck into green mangoes at the peak of their sourness which are then topped by the market trader with bagoong. Lemons and limes are also commonly used, much like the globe's many cuisines.

A dash of vinegar or a squeeze of calamansi goes a long way in the construction of many Filipino recipes - but let's take a closer look at exactly what happens when you sour your dishes.

The art of souring

When looking at souring it's important we understand what's happening when we use acid in our cookery. Beyond adding flavour and aroma there are also lots of reactions happening under the surface.

When looking at the effects of acid on proteins we need to first acknowledge they are susceptible to change. This adaptation of their natural structure happens by the unravelling and breakages of their structure. Although it's not a full change in composition. This structural change makes the proteins behave uniquely.

The addition of acid increases the molecular activity, almost causing them to be agitated - this key reaction among others causes breaks in the bonds between the amino-acids that hold the protein molecules together in their scrumbled shape. This breakage of the outer bonds causes the protein to unravel exposing more of the molecule.

Now, let's go one step further and look at one of our sour dishes from the Philippines, specifically the kinilaw. This recipe mainly uses vinegar so let’s look at what happens in its acidic bath.

Acidulation in the marinade causes the complex protein network to unravel into a ribbon-like structure, along with the ability of the vinegar to kill the microbes by flooding the cells with protons living in the fish. After a short period of time, the fish becomes completely safe to eat. Enhancing its flavour and aroma, as well as helping improve its shelflife.

Unlike the Kinilaw, Adobo is cooked in acid rather than left to sit. Marinades were originally acidic liquids designed to stop spoilage, however, in modern times the primary function of marinades is to add flavour and tenderise. The acid in the cooking process will help weaken the muscle tissue (along with the heat).

Why does it make you hungry?

Let’s turn our attention back to the start of this article, we discovered that many Filipinos believe sour foods whet the appetite. Although it is not scientifically proven why sour foods make us hungry, it is thought that sourness helps to stimulate reactions in the body such as saliva that help give the perception of hunger.

Filipino cuisine is full of bold flavours such as garlic, patis and bagoong (fermented shrimp paste), but the one flavour that must not be missed is sourness. It forms an essential pillar to Filipino cookery - from forming the base of stews to embellishing a multitude of dishes in the form of a sawsawan (dipping sauce).

Acidulation in the Philippines goes beyond just preservation - it's a way to cool down on a hot day or make ‘raw’ fish safe to eat. It is the boldness and openness to flavours that make Filipino cuisine so unique, so don’t be afraid to start using more acid in your cooking!

So let's pick our calamansi, grind our tamarind and dive deeper into the art of souring.

August 10, 2022
·
3.5 mins
Other Articles
Celebrate the Holidays with These Winter Cocktail Recipes
Ideas For Home
·
1.5 mins
How to Make Chocolate Truffles at Home
Ideas For Home
·
2 mins
Heirloom Seeds Are Making a Come Back in the Food World
Ingredients
·
3 mins
A Spotlight on Suppliers: Chef Daniel Hannigan on the opening of Orwell Road
Interviews
·
5 mins
Is Japanese Food the Healthiest in the World?
Food Cultures
·
3.5 mins
Stay Connected
Thank you! Your submission has been received!
Oops! Something went wrong while submitting the form.
ABOUT US
About UsArticles
PROGRAMS
All ProgramsTeach on RassaRefer FriendsSuggest Program
SUPPORT
For BusinessesContact UsTerms of ServicePrivacy
Copyright © 2022 Rassa Technologies Limited